« Public To Weigh In On Revamped Beachfront Park In City's Pursuit Of $8.5 Million Grant 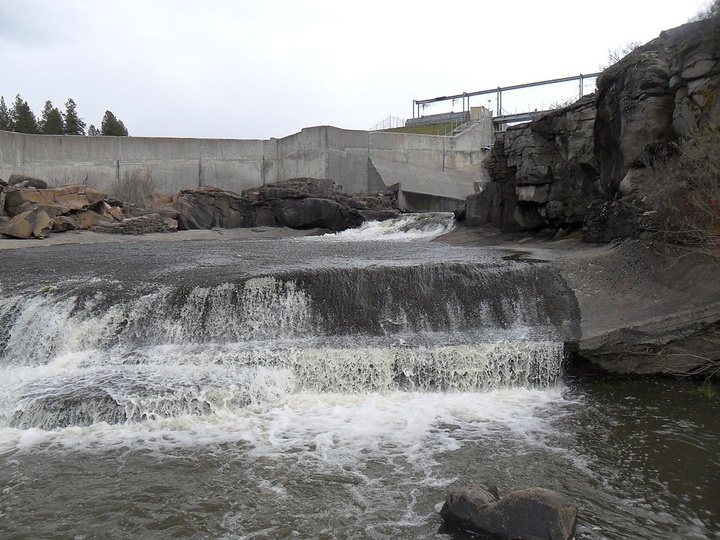 The JC Boyle Dam is one of on the Klamath River slated for removal. Wikimedia Commons

(Update 4:41 p.m.: Corrects statement about RES being able to comply with state and federal permitting requirements and $450 million budget for dam removal)

The organization tasked with removing four dams on the Klamath River has contracted with Resource Environmental Solutions to spearhead habitat restoration work.

The Bellaire, Texas firm will be the lead restoration contractor for the project led by the Klamath River Renewal Corporation. RES will be able to comply with state and federal permitting requirements, according to a Friday news release from Business Wire.

According to KRRC CEO Mark Bransom, the organization was impressed with RES’s successful track record.

“Restoration is not some small task tagged on to a dam removal project,” Bransom said in a written statement. “Extensively treating the thousands of acres in the project footprint following dam deconstruction — from planting native vegetation and stabilizing soils to ensuring tributary connectivity and controlling invasive species — is vital to achieving our overarching goal of recovering declining fish populations.”

A product of the 2016 Klamath Hydroelectric Settlement Agreement, which includes the states of California and Oregon, local tribes, PacifiCorp, KRRC is tasked with removing the JC Boyle, Copco 1, Copco 2 and Iron Gate dams.

FERC must approve both applications before the project can continue, Meurer said.

“FERC acknowledged receipt of the ALSA and is reviewing it,” he told the Outpost. “Our goal of dam removal in 2023 largely hinges on FERC completing (the National Environmental Policy Act) and issuing a surrender order by early spring of 2022.”

The ALSA and joint license transfer application comes after FERC in July approved a partial transfer of the dams’ licenses from PacifiCorp to KRRC. PacifiCorp representatives argued that the decision changed the terms of KHSA, making the utility responsible for project costs and liabilities.

As part of its contract with KRRC, RES assumes liability for success of the ecological restoration project, including responsibility for stabilizing the sediment left behind after the reservoirs are drained, according to the Business Wire news release.

“RES plans to contract with tribes and others for varied aspects of the restoration work,” Meurer said.

According to Meurer, for dam removal to move forward, KRRC needs a biological opinion from the U.S. Fish and Wildlife Service and the National Marine Fisheries Service as well as a Clean Water Section Act 404 permit from the U.S. Army Corps of Engineers.
KRRC must also comply with the National Historic Preservation Act and is working with tribal partners in a cultural resources working group, he said.

Removing the dams would alleviate toxic conditions that has decimated the coho and chinook salmon populations integral to the identities of the Karuk and Yurok peoples as well as the coastal economies of Northern California and Southern Oregon.