Public To Weigh In On Revamped Beachfront Park In City's Pursuit Of $8.5 Million Grant 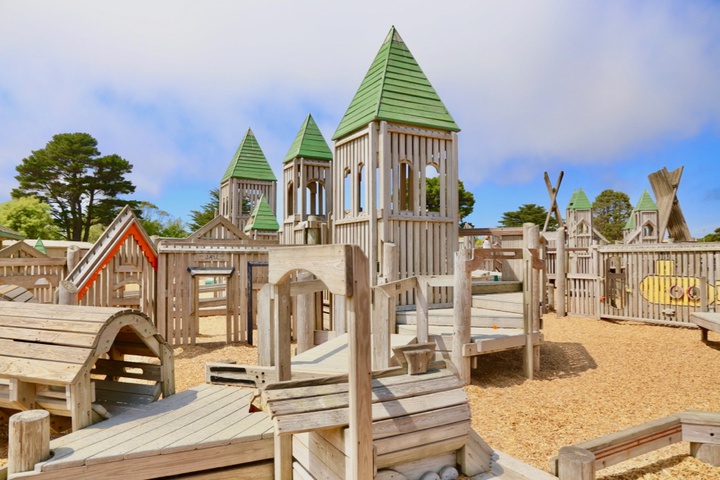 An expanded Kid Town is on a new masterplan for Beachfront Park. Photo: Andrew Goff

Crescent City will seek public input for a final time Tuesday in their quest to obtain $8.5 million in Proposition 68 dollars for Beachfront Park.

Staff will present residents with cost estimates for amenities included in a masterplan based on more than a year of surveys, meetings and focus groups. This will give people a chance to choose where grant dollars should go if the city is lucky enough to receive them, according to Recreation Director Holly Wendt.

“We’ve done a lot of community input sessions,” she said. “We know certain key amenities showed up as top priorities. It’s important to engage the community at every level, showing them the (cost) would be really important to move forward. Just so people know how much certain things cost.”

The public, and Crescent City Council, got their first glimpse of the new Beachfront Park masterplan in December.

Consultant Cathy Garrett, of Bay Area landscape architect firm PGADesign, said she wanted to capture a park that reflects the local cultural and natural beauty of the area. This includes memorials and monuments, a traditional Tolowa slab house and dance platform as well as an expanded KidTown with climbing features for older kids.

Other proposed amenities include a labyrinth, an amphitheater, a bike park with a pump track and dirt jumps as well as a community-size picnic structure with updated bathrooms.

Following Tuesday’s public Zoom meeting, which will include ways to offer an opinion on the park’s development via Menti and Google Forms, Wendt said. The public can look at the amenities and their costs and click on the ones that are important to them, she said.

The Proposition 68 application for the $8.5 million will go before the City Council on Feb. 16 before staff submit it to the state in March.

“We want to get as close as we can to the full amount,” Wendt aid. “It’s a competitive grant. As the community knows, we’re trying to do our due diligence as a government entity, really vetting what the community wants. That makes us competitive, we’re hoping to go forward as much as possible.”

The state will inform the city if it received that grant in November.
Crescent City may be eligible for other Proposition 68 grants. This includes a $3 million grant focused on recreation and tourism.

In 2019, before the novel coronavirus pandemic began, Crescent City had been holding in-person town hall meetings to seek input on Beachfront Park projects to focus a third, non-competitive, Proposition 68 grant on.

Because of the pandemic, that grant application process was postponed, Wendt said. Now, the per-capita grant, $177,952, is due in December, she said.

“That’s where each city and county gets an allotment of funds they can use,” she said. “Now the larger grant is due before the per capita grant, so we can see what happens with that and if we want to improve a different park area — we have other parks in the city — there’s other projects we can do with it.”

The Beachfront Park meeting will begin at 5:30 p.m. To participate via Zoom, click here.