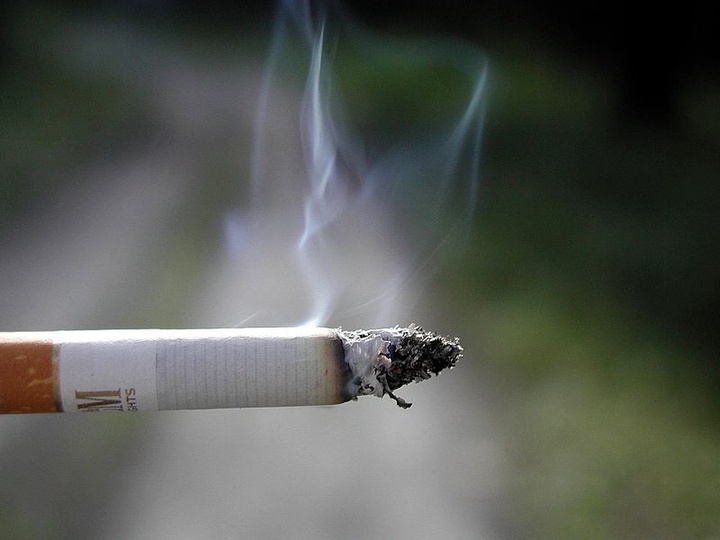 Councilor Alex Fallman was prepared to oppose a ban on cigarette smoking in apartments and other multi-unit housing facilities.

Fallman’s opinion changed when he heard Amber Wier, health education coordinator for the county’s Tobacco Use Prevention Program, talk about a mother who rented a second apartment while still paying rent on the first to get her kids away from second-hand smoke.

“She called public health and we called the landlords,” Wier said. “Her manager tried to seal the apartment so her kids’ toothbrushes didn’t smell like second-hand smoke. The neighbor didn’t care and the owner of the complex lived in Oakland and he didn’t care. She ended up moving to Klamath while still paying rent on her apartment here in Crescent City because her landlord wouldn’t allow her out of their lease agreement.”

Fallman and his colleagues on the Crescent City Council voted 4-1 in favor of the proposed smoke-free multi-unit housing ordinance.

Councilor Jason Greenough, though he said he’s not a smoker, doesn’t like cigarettes and doesn’t want anyone to be exposed to second-hand smoke, dissented.

Greenough told his colleagues that a ban on cigarette smoking in apartments should be between the landlord and his or her tenants.

Engineering, told Councilors at its Oct. 19 meeting. It also prohibits smoking in enclosed and unenclosed areas such as balconies, porches and patios as well as in common areas.

The proposed smoke-free multi-unit housing ordinance establishes exposure to smoke as a nuisance, Lawton said, and prescribes fines from $250 to $1,000 for violations.

On Monday, City Attorney Martha Rice, who had completed her review of the ordinance, said that while she was initially concerned about the city regulating private party contracts, it’s consistent with similar programs established in other cities.

“There are often requirements for noticing or to say that you need to provide a remedy for this, that or the other thing, but to have very specific terms, it’s not very common,” she said. “(Other cities) have been justified on both using the city’s constitutional police powers and the fact that state law does not specifically cover this particular area. It’s not preempted by some other provision in state law.”

Fallman, after hearing Wier’s story, said if the ordinance encourages the landlord to change his or her behavior, he can support a ban on cigarette smoking in apartments.

Under the ordinance, landlords can designate smoking areas in no more than 10 percent of an unincorporated area that’s 25 feet from where smoke may reach others. The areas must be clearly marked with signs and notices and can include ashtrays and cigarette cans.

Once finally approved, the ordinance will take effect January 2021. Landlords will have until June to inform tenants of the regulations and on January 2022 those regulations will be required to be included in all leases and tenant agreements, according to Inscore.
Inscore noted that if a landlord is neglecting to enforce the city’s ordinance, he or she can be “cited right there.”

“I think that’s much more likely rather than police showing up to give that $250 fine to somebody who’s hanging out on the balcony smoking a cigarette,” Inscore said. “My guess is if the landlord has asked that person repeatedly to stop doing that, they might in fact call the PD. What I’m hearing is if they have to knock on somebody’s door, they’re going to simply educate them.”

Mayor Pro Tem Heidi Kime noted that the ordinance didn’t prevent anyone from smoking, but required the landlord to designate certain spaces outside for tobacco use. One of two Councilors on an ad-hoc committee that helped refine the smoke-free multi-unit housing program, Kime said she, too, would be shocked if a smoker was cited.

“It would come down on the property owner first,” she said. “That’s what I think would happen.”

Kime also argued against Greenough’s statement that the proposed smoking ban in apartments infringes on the liberty of landlords to conduct private business the way they see fit. Kime pointed out that many living in apartments locally have small children and don’t always have the means to seek legal remedy or pack up and move if they’re in an unhealthy environment.

She also reminded her colleagues that children are not at school for much of the day like they have been previously.

“If there’s someone in the building that is smoking, their exposure increases drastically,” Kime said.

Crescent City’s smoke-free multi-unit housing program will be brought to the Council for final adoption Nov. 16.