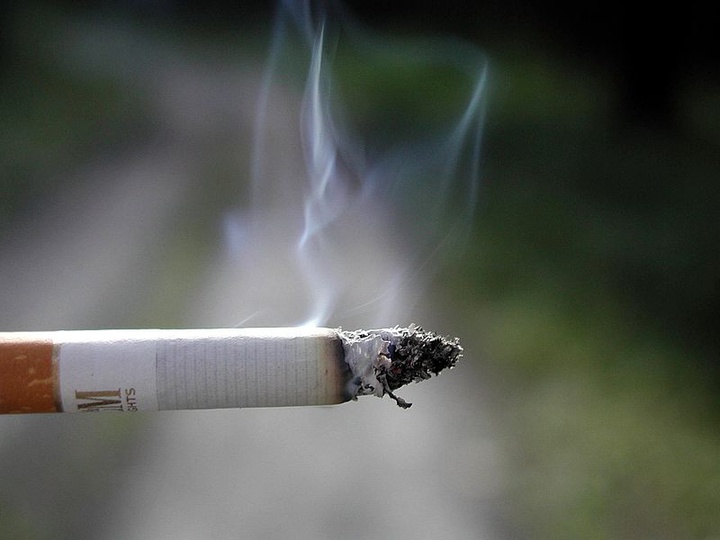 Jason Greenough sided with smokers on Monday, arguing that a proposed ban on cigarette use in apartments, senior housing, condominiums and similar housing units within city limits could potentially violate peoples’ rights.

The Crescent City Councilor acknowledged that smoking’s an unhealthy habit — one he doesn’t engage in — but said the proposed ban also violates a landlord’s right to manage their own business as they see fit.

“We live in a free country here and people have the right to make their own decisions," he said.

Greenough was the sole voice of opposition on a proposal to create a smoke-free multi-unit housing ordinance in Crescent City. His colleagues Blake Inscore, Heidi Kime and Isaiah Wright argued that banning smoking in apartments and condominiums would protect those who aren’t able to defend themselves.

“When I was running for this position, I said if my rights ran into a child’s rights, I’d err on the side of the child,” Wright said. “Children are defenseless. We have to protect them as best we can. Or, for that matter, the elderly. With the respiratory issue going on known as COVID-19, smoking does help that at all.”

Wright, Inscore and Kime authorized staff to begin to work on a law banning tobacco smoking in apartments, condominiums, senior housing units and other facilities with multiple dwellings. Councilor Alex Fallman was absent.

The road to developing smoke-free multi-unit housing in Crescent City started with a January 2019 presentation from First 5 Del Norte Executive Director Angela Glore on behalf of the Coalition for a Tobacco-Free Del Norte.

According to Public Works Director Jon Olson, the City Council then directed staff to work with the coalition to develop a law against smoking in apartments and similar dwellings.

On Monday, Olson presented the City Council with a model ordinance from Oakland-based nonprofit ChangeLab Solutions. His superior, City Manager Eric Wier, recused himself from the discussion noting that his wife, Amber Wier, is the health education coordinator for the Del Norte County Tobacco Use Prevention Program.

The proposed ordinance limits secondhand smoke exposure by restricting cigarette use in indoor and outdoor common areas, including parks, dining patios and public events of a multi-unit housing facility.

The owner of a facility could designate outdoor smoking areas, incorporate no-smoking requirements in their leases and enable private individuals and organizations to enforce smoke-free provisions.

The ordinance would also expand the city’s nuisance laws to include non-consensual exposure to smoke, according to Olson.

The challenges of such an ordinance, however, could be an increase in project development costs for the owners and, potentially, tenants’ rents, Olson said. A smoke-free multi-unit housing ordinance could also limit the number of living spaces available to smokers, he said.

Olson also pointed out that landlords can also achieve smoke-free housing units by enforcing lease agreements. It may lead to lawsuits to recover damages as a result of smoking in a multi-unit complex, he said. The ordinance could also be easy for local police to enforce, he said.

“We received comments from the chief of police,” Olson said, referring to Crescent City Police Chief Richard Griffin. “He felt it wouldn’t be a great burden with his officers and it would blend in nicely with his crime-free multi-housing program the police department is looking at reimplementing this year.”

The model ordinance also carries recommended fines of $100 for the first infraction and up to $1,000 for additional violations.
Inscore noted that the Crescent City Council received letters supporting the smoking ban from the Del Norte Realtors Association, Open Door Community Health Center and the American Lung Association.

The Tobacco Use Prevention Program has conducted outreach and campaigns against cigarette use for more than 20 years, however Del Norte County’s smoking rates are double the state average, said Kat Moreno, chair of the Coalition for a Tobacco-Free Del Norte.

Denise Doyle-Schnacker, who works at Bess Maxwell Elementary School’s after school program, said children who come from apartment units arrive on campus at 7:30 a.m. and are there until their parents can pick them up. She said she and other employees can tell which students live in apartments that either currently houses or previously belonged to a smoker.

“They don’t have a way to escape it,” Doyle-Schnacker said, noting that even her students’ backpacks smell like tobacco. “We see that played out in missed days of school, poor health, asthma. As an educator, as someone who cares a lot for our students and cares a lot for just drawing a line in the sand that at some point there will be a generation that will no longer be smokers, this multi-unit housing ordinance works. There’s lots of growth that can be done in this.”

Lynn Szabo, a local physician assistant with rental property in Humboldt County and Ashland, pointed out that smoke from outside or neighboring units drifts into the units of non-smokers, particularly children. Landlords could also save money through this ordinance, she argued.

“As a landlord, I was surprised to find that if you have a unit that a smoker is living in, it costs $10,000 to $15,000 to totally detoxify it,” Szabo said. “As a healthcare provider, I fairly commonly see 7-year-olds that smoke and sometimes 5-year-olds that smoke.”

These arguments failed to sway Greenough, who brought up that he and his counselors recently passed a commercial cannabis ordinance.

“So, for people in multi-unit housing, we’re in essence banning smoking marijuana in those residences as well?” Greenough asked. “Is that the rationale as well?”

Griffin, who noted that he smokes a cigar in his garage occasionally, pointed out that marijuana carries more carcinogens than tobacco and anyone smoking cannabis in their home would run into criminal problems if it affects a child living nearby. He also pointed out there are edibles and other ways to use cannabis.

“My biggest thing is you don’t need tobacco to survive. It’s not a medicine,” Griffin said. “What we’re doing is defending those people that can’t stand up for themselves because they don’t know where the smoke is coming from.”