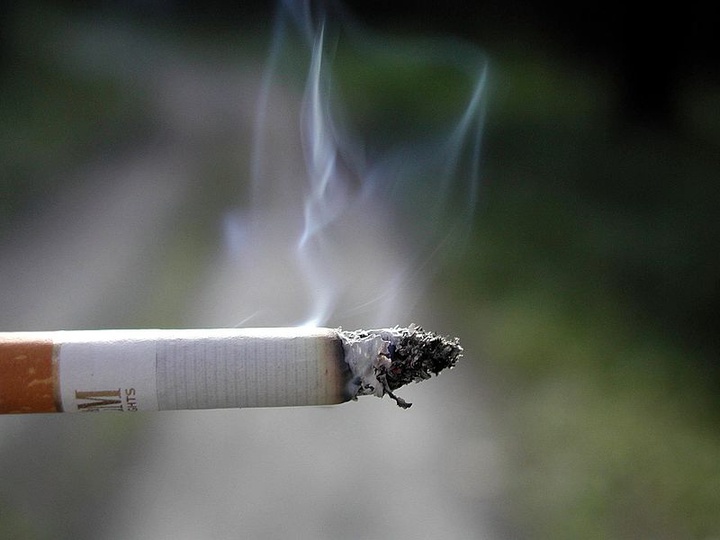 Though it’s a path other jurisdictions have traveled, Crescent City will continue to blaze a trail locally toward banning cigarette use in apartments, senior housing, condominiums and other similar housing units.

Councilors on Monday unanimously directed staff to continue creating a smoke-free multi-unit housing ordinance that can be introduced and potentially adopted at a future meeting. But Jason Greenough argued for a second time that the proposed smoking ban infringes on people’s ability to “use their property the way they feel they should be able to.”

Greenough’s colleague, Councilor Alex Fallman, also objected to the draft ordinance, saying there were no penalties for landlords and property owners if they failed to maintain a smoke-free facility.

“I don’t see anything that slaps the property owner for not keeping the tenant safe,” he said. “If the issue of second-hand smoke is really that bad, then it should be the property owner’s job to keep all their tenants safe. We’re only discussing how to punish the smoker after they’ve bought the cigarettes, brought them home and used it in the home.”

About six months after Public Works Director Jon Olson presented Councilors with a model ordinance from Oakland-based nonprofit ChangeLab Solutions, elected officials got a first look at what a Crescent City smoke-free multi-unit housing program would look like.

The proposed ordinance bans smoking in homes consisting of two or more units, according to planning consultant Ethan Lawton, of SHN Engineering. It also prohibits smoking in enclosed and unenclosed areas such as balconies, porches and patios as well as in common areas.

The proposed ordinance allows landlords to designate smoking areas that are no more than 10 percent of an unenclosed area and is 25 feet from where the smoke may reach others. The areas must be clearly marked with signs and notices and can include the existence of ashtrays.

If the ordinance is approved, smoking restrictions in apartments and other multi-unit housing facilities would apply to new units after the law takes effect. For existing units, the smoking ban would be imposed a year after the ordinance goes into effect, Lawton said.

“It requires landlords to amend existing lease agreements and be included in new leases as specified in the ordinance,” Lawton said. “And it establishes exposure of smoke as a nuisance. It prescribes fines from $250 up to $1,000 for violations.”

The road to developing a smoke-free multi-unit housing ordinance in Crescent City began with a January 2019 presentation from First 5 Del Norte Executive Director Angela Glore on behalf of the Coalition for a Tobacco-Free Del Norte.

In April, when the City Council got a look at the model ordinance from ChangeLab Solutions, Mayor Pro Tem Heidi Kime and Councilor Isaiah Wright were appointed to an ad-hoc committee to help create a law that could potentially be put into the Crescent City Municipal Code.

On Monday, City Attorney Martha Rice said though she just began reviewing the proposed ordinance, she was concerned about the city possibly inserting terms related to smoking ban into private lease agreements between landlords and tenants.

Rice said it would be different if the city were requiring a landlord to notify their tenant of what the law is and what the new requirements were. The proposed ordinance actually tells the landlord what they must put into a “private contract between two private individuals.”

“Now you have the city stepping in and telling them what they have to include,” she said.

Greenough, who noted that he disagreed with the smoke-free multi-unit housing program when it came up as a potential city ordinance, said the concerns Rice raised about private contracts were a big deal.

“If she has an issue with it, it shouldn’t even be in there in my opinion,” he said. “I don’t think we should be getting involved with people’s agreements.”

Lawton, however, argued that the proposed ordinance shouldn’t be viewed as a prohibition. Smoking would be considered a nuisance, he said, citing California Government Code Section 38771, which allows cities to declare what nuisances are and ways they can address them.

As for who the ordinance would hold accountable for potential violations — a concern Fallman broached — Lawton said it would hold “anybody and everybody accountable” including the tenant, the property manager and the landlord.

Crescent City Mayor Blake Inscore also noted that the City Council has previously taken action against a landlord that has failed to maintain his or her property and has created blight in the city. He cited the former Gardenia and Town House motels — now a Motel 6 and Travelodge respectively — as examples.

Inscore agreed with Fallman that there needs to be equal accountability to a property owner for not enforcing the proposed smoke-free multi-unit housing ordinance if it’s approved as there is to the tenant that may be smoking in their home in violation of that ordinance.

Fallman argued that the draft ordinance presented to Councilors on Monday failed to lay out a clear pathway to punishing the property owner. He noted that local advocates for a smoke-free multi-unit housing program stated that in many instances, the property owners don’t live in Del Norte County.

“(They) are ultimately the actors involved that are subjecting our residents, our voters and our children to second-hand smoke,” Fallman said. “That is the ultimate party that is responsible. It is their property. It is their job to enforce the municipal code. It’s up to them. When there’s habitual ignorance and people ignoring the law, there needs to be some kind of remedy there.”

Inscore argued that the language in the proposed ordinance applies to all parties, including property owners who live outside the area. But there is currently nothing in the Crescent City Municipal Code that addresses smoking in multi-unit housing, he said. As Lawton and Rice continue working on the ordinance, Inscore told Fallman, they can include more robust language specifically addressing property owners.

Crescent City Police Chief Richard Griffin said though the ordinance does impose fines of up to $1,000 for violations, law enforcement would begin by educating people about the law before issuing citations. He compared the proposed smoke-free multi-unit housing ordinance to confronting landlords who were renting to tenants who were dealing drugs out of the property.

During public comment, Amber Wier told Councilors that the Fresno County community of Firebaugh passed an ordinance similar to the one Crescent City was considering. According to Wier, Firebaugh’s city manager spoke with property managers before presenting that community’s ordinance to its elected representatives.

“The property managers were like, ‘you should have done this years ago,’” Wier told Crescent City Councilors. “They don’t want the burden of it being a volunteer policy placed on their shoulders. They wanted the city to pass it.”

One local property manager, Jim Sanders, who manages Seawood Village Apartments, said following the death of a tenant, a smoker, he was tasked with rehabilitating and upgrading the apartment. Sanders said the white paint in the unit was a “cocoa brown” and a 4-year-old refrigerator had to be thrown away because of the smoke.

“Every outlet, the air-duct system, the flooring down to the concrete, possible sheet rock removal, which is more likely sheet rock removal — all this has to be done,” he said. “Now, I feel bad for the person who lives next to him and has been there for five or six years and has not said a word, has not complained. But you can tell it’s gone all the way through to the next apartment.”

Sanders, noting the apartment’s structural integrity is intact, estimated a cost of $12,000 to $15,000 to make the unit safe to rent to another tenant.

Inscore asked staff to reach out to the Firebaugh city manager to find out more about its smoke-free multi-unit housing ordinance.