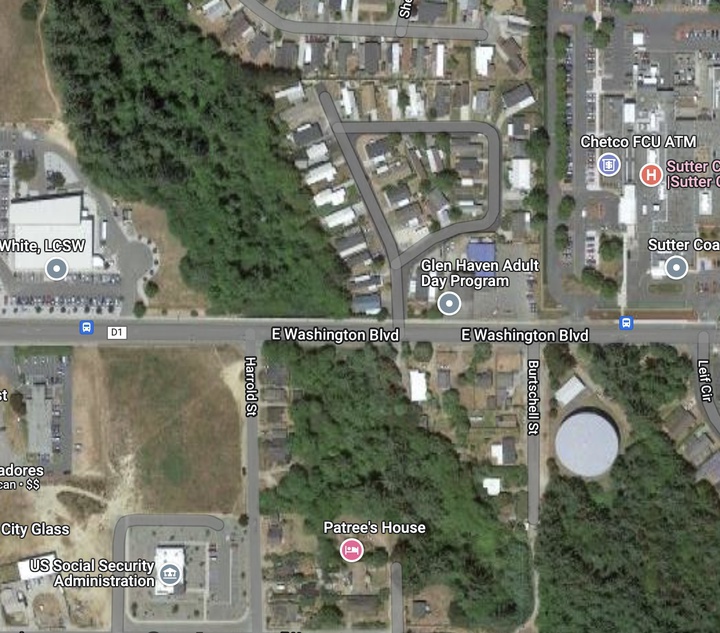 Transportation commissioners came up with a compromise Tuesday that met both the city and the county’s needs.

Commissioners also asked DNLTC Executive Director Tamera Leighton to work with county staff to figure out how to fund the engineering phase for a culvert replacement on Washington Boulevard. They also asked Leighton to help the county pay for a temporary fix to the culvert since County Engineer Jon Olson submitted a report stating it had failed.

Leighton told commissioners that she’ll bring the documents needed to allocate the CRRSAA dollars to the city in February. Commissioners will also discuss next steps for the Washington Boulevard project at that Feb. 7 meeting, she said.

“What I don’t want is to lose a day of work on Washington Boulevard because of money,” Leighton told commissioners. “I don’t want us to be waiting for funding on that. Certainly not in these early phases.”

This solution comes after DNLTC commissioners in November were unable to decide on which project to award funding to. Arguing over which posed the greatest risk to public safety if denied CRRSAA dollars, commissioners accepted the city’s offer to use its sewer camera to inspect the culvert.

In his staff report Tuesday, Olson said an inspection of the 70-year-old culvert on Washington Boulevard just east of Harrold Street via camera showed that the bottom was missing in some locations. There were holes in the sidewall, a loss of galvanization on the sides and shoulders and large holes in a side of pipe that would let road debris into the culvert and drainage areas.

The top of the culvert will also no longer support loads, Olson reported.

He proposed a temporary solution to the culvert, saying the county could slipline the existing pipe with high-density polyethylene for “tens of thousands of dollars, not millions of dollars.”

“The piping alone is about $20,000 to deliver on site,” he said, providing a rough estimate of about $60,000 for the emergency fix. “And, talking with our road crew, they feel like they would be willing to attempt to shove that pipe through.”

The existing culvert is made of 24-inch corrugated metal. It’s 125 feet long and 25 feet below the road.

Del Norte has already allocated a total of $530,358 in Highway Infrastructure and Regional Surface Transportation Program (RSTP) dollars for the culvert replacement project’s design phase, according to a Sept. 27 letter from former Board of Supervisors Chairman Gerry Hemmingsen.

In December, county planning staff announced it was seeking public comment on the project since it was pursuing $2.5 million in state Regional Early Action Plan (REAP 2.0) grant dollars. That $2.5 million was based on a preliminary engineer’s estimate, according to a Dec. 7 county news release.

On Tuesday, Inscore said a permanent fix to the culvert isn’t possible until the engineering and design work is finished. Reiterating a statement he made in November, Inscore said he felt there were other funding sources the DNLTC could access to provide the $80,000 Del Norte needed to get through that phase.

Since Crescent City received assurance from Congressman Jared Huffman that it would $750,000 in Community Funded Project dollars for Front Street, that endeavor, which would extend the reconstruction from G to Play streets, is ready for construction, Inscore said.

According to Leighton, Del Norte County could request another RSTP allocation for the culvert replacement project. The DNLTC receives between $380,000 and $400,000 in RSTP dollars annually, though it’s rare for that money to go toward a single project, she said.

Leighton said there are currently $594,000 in RSTP dollars available for local projects.

Crescent City will combine its CRRSAA and Community Project Funding allocations with about $2.2 million from multiple local pots to continue reconstructing Front Street.