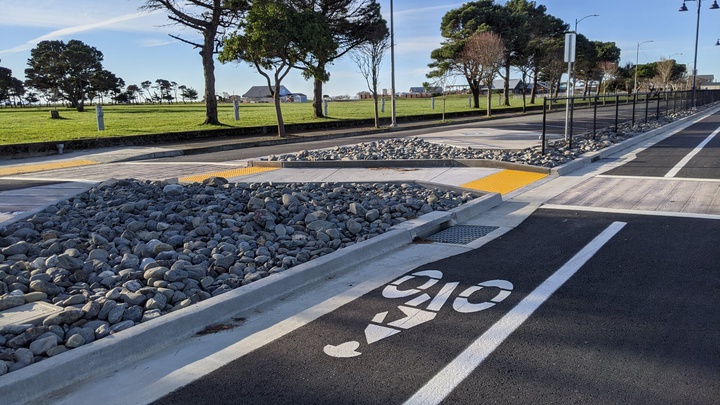 • Crescent City's Front Street Project Could Get $750,000 Boost From the Feds

The Del Norte County Sheriff’s Office will receive $550,000 to update its computer-aided dispatch and records management systems. And Crescent City will get the $750,000 it plans to use to extend the Front Street Reconstruction Complete Street and Cultural Inclusion Project another block.

Congressman Jared Huffman requested funding for both projects as part of a $12.48 million Community Project Funding package for his district.

Being able to update the old “pre-1998” dispatch system is a big deal for Del Norte County, Sheriff Garrett Scott told the Wild Rivers Outpost. Pointing out that Del Norte’s dispatch center handles calls for ambulance, the city police department, CalFire, Search and Rescue and all the rural fire departments from Klamath to Smith River, receiving a new records management and computer-aided dispatch system allows the DNSO to communicate with other agencies.

Scott said he’d also like to get computers into patrol cars so deputies can be dispatched through their vehicles, but that’s a work in progress.

“To come up with $550,000 for that program was something we couldn’t do,” he told the Outpost. “The money isn’t there, so for the Congressman to put that through, that’s a huge thing. I know the Board of Supervisors had a huge part in that and county admin to push that, so kudos to them for stepping up big time.”

Scott said he just found out about the appropriation on Friday and wasn’t yet sure when those dollars would hit the county coffers.

The city plans to combine the $750,000 federal allocation with a total of about $2.2 million from multiple local pots to continue the rebuild from G to Play streets, roughly three blocks. That $2.2 million includes voter-approved Measure S dollars, American Rescue Plan Act money as well an allocation from the general fund.

The $2.2 million also includes $400,000 the Del Norte Local Transportation awarded to the city in the spring.

In September, the city made another request to the DNLTC for $515,000 in Coronavirus Response and Relief Supplemental Appropriations Act dollars for the Front Street project. However because the county made a competing request to pay for a culvert replacement project on Washington Boulevard, the Transportation Commission has yet to make a decision about where to allocate those dollars.

On Tuesday, Wier said at its meeting in November, transportation commissioners had asked the city how likely it would have the federal allocation from Huffman.

“Neither this three-quarters of a million dollars nor the $500,000 would be enough to fund this piece by itself,” Wier said, referring to extending the reconstruction by another city block. “Combined it’s really an ideal match and the timing is pretty much right on to take this funding.”

The Front Street Complete Street and Cultural Inclusion Project consists of narrowing the road from four lanes to two lanes as well as installing sidewalks, crosswalks, bike lanes and new parking. There would be tsunami evacuation route markings on the road and a public address system to warn people of a natural disaster.

The city also plans to install a gateway at Front and K streets that includes interpretive signs tying into the amenities in nearby Beachfront Park and Battery Point Lighthouse that focus on Tolowa culture. That includes the former village site of Taa-‘a-dvn, according to a presentation grant coordinator Bridget Lacey gave to City Councilors in April.

On Tuesday, Wier pointed out that Front Street’s structural component, which includes unconsolidated sand that goes down several feet, old redwood logs as the former storm drain, makes this project trickier than other road projects.

“I don’t think they actually stacked logs on Front Street,” he said. “The street simply covered up logs that were there.”

The Del Norte Local Transportation Commission meets again on Jan. 3. According to Wier, if the city does receive those CRSAA dollars it can solicit construction bids in February or early March and start construction as soon as weather allows, which is typically in May.

“At that point we’ll have eight blocks completed,” Wier said.

Wier estimated that cost of rebuilding the street the further two blocks to U.S. 101 would cost a total of roughly $2.7 million due to the need to replace the storm drain at K Street. Crescent City has partnered with Elk Valley Rancheria multiple times to obtain a Rebuilding American Infrastructure with Sustainability and Equity (RAISE) grant.

“Our application has been getting closer and closer (to acceptance) every time,” he said. “This last time we were just one step away from making it to the next found of funding.”

Huffman also advocated for multiple funding priorities that benefit his district. These include extending payments in lieu of taxes to local governments through the 2023 fiscal year, providing $300 million for fishery disaster relief and $4.2 billion for wild land fire management, his office announced.