HORSE WAR RAGES ON: Curry County Commissioner Claps Back Against Man Who Believes Deeply in the Firefighting Capabilities of Wild Horses 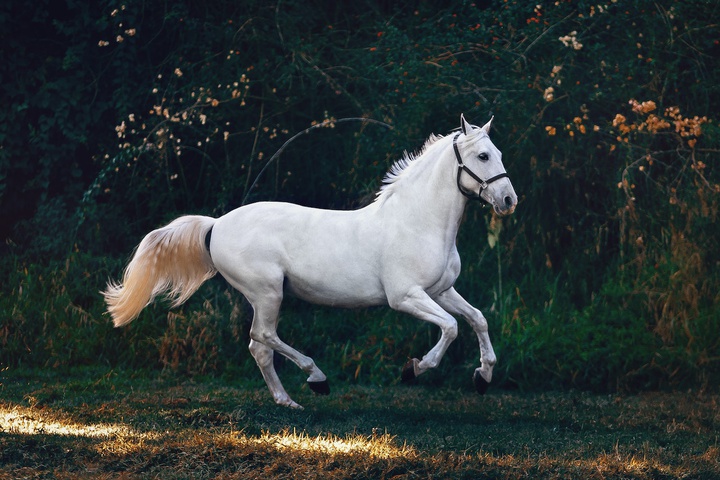 Now you are sufficiently prepared to read the following rebuttal to wild horse advocate William Simpson, written by the target of his ire, Curry County Commissioner Christopher Paasch:

I read the comments from Mr. Simpson last night and have a few comments about his statements.

This is the fourth time Boice has asked for this horse fire brigade. In his last presentation after we voted it down, we got a nasty letter from Mr. Simpson similar to this one. That is why when asked if I had changes to the agenda, I wanted it removed. Boice said he had new information, so I agreed to leave it and to listen.

It was and is the same old rhetoric and as your readers can see, anyone who disagrees with Mr. Simpson (and, it appears, Commissioner Boice) -- well let’s just say gets a target put on them. He calls me an antagonist that is ignorant and pathetic. He calls another citizen with a different opinion -- Tim Palmer -- mired in dogma and steeped in obsolete politicized science.

The horses I trained only ate about 7 to 10 pounds of alfalfa and timothy per day. We also did a grain feed daily to make sure our horses got all the vitamins necessary to stay healthy. In the wild, horses may eat more -- even perhaps 15 pounds of hay. I personally have never seen horses eat small trees and bushes as stated by Boice. In the wild, most grasses lack much of the nutrition that is required to keep them healthy, like selenium. That is why they will wander many miles, as their bodies tell them they need more. Time has proven they will wander into your gardens and crops.

Without a massive effort to have veterinarians vaccinate them and give supplemental vitamins and vaccinations they will starve. Hoof treatment, mange, colic, rain rot, worms, floating teeth and pulling caps are just some of the health issues they will face, not to mention being hunted by wolves, mountain lions and bears. The average life of a horse in captivity is 28 years. The average life of a horse in the wild is 11.

As for him calling me a liar with his “Pinocchio” line:

“And assuming for the moment that Mr. Paasch was a full-time pro horse trainer (he’s not) and was engaged in that profession for the past 40-years continuously, he could have trained 480 horses on the high end, NOT 'thousands' as he stated."

Well, I was a professional horse trainer for more than 25 years, licensed in more than 15 states and having no less than 50 to 75 horses in training per year for many of those years. My wife and I have trained a world champion-setting and breaking to this day, records never achieved by another horse in that class. We have trained multiple top horses classified in the top three in the country for years at their time in class and have had had hundreds that were very successful in their classes. I have also spent time and worked nationally to ensure laws are in place to ensure a horse’s health.

So, yes, Mr. Simpson, I do know something about horses and what you are trying to do is sad. To try to force your way by attacking me and my wife’s life’s work only makes you and Boice more of the same problem and it continues to drag us all down. Please stop ...