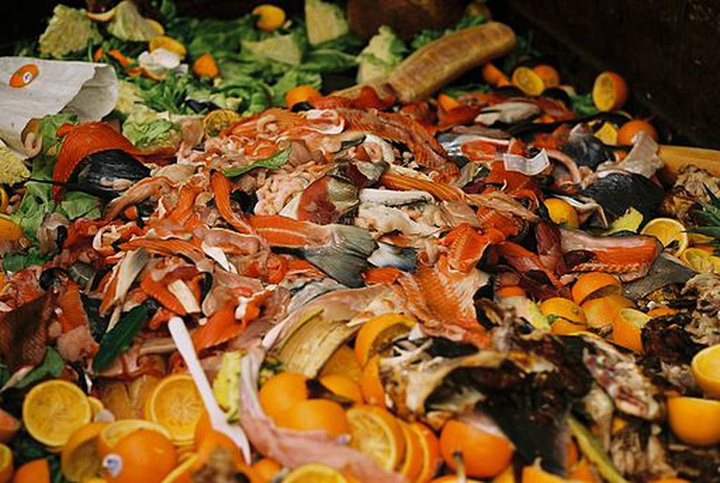 Though Crescent City and Del Norte County took their first steps this week toward meeting the requirements of State Senate Bill 1383, county staff say they will urge legislators to permanently exempt rural communities from the organic waste collection mandate in the new law.

Assistant County Administrative Officer Randy Hooper told supervisors on Tuesday that plans to pursue legislative remedies for SB 1383 will be part of the budget platform he and county staff will present in the next few weeks. He said “those conversations” have already begun with State Sen. Mike McGuire and Assemblyman Jim Wood.

“We need to get serious with our delegation on whether this is a good idea for rural communities that just don’t have the capacity to take this on,” Hooper told supervisors. “The groundwork for those conversations has been laid and there is some reception to the idea that it is going to be difficult because it is one of those one-size fits-all things.”

State Senate Bill 1383 went into effect Jan. 1 and seeks to reduce methane emissions by reducing the amount of organic waste in the landfill by 75 percent by 2025. It also seeks to reduce food waste by recovering 20 percent of the edible food that gets thrown away by 2025.

Though Del Norte County and Crescent City received a five-year extension on a mandate to establish an organic waste collection system, both the City Council and the Board of Supervisors approved ordinances that addresses food recovery from local grocery stores, recycled paper procurement, the use of compost and mulch and requirements for construction and landscaping.

Both governing bodies also approved a memorandum of understanding with the Del Norte Solid Waste Management Authority to do the record keeping and reporting SB 1383 requires as well as the education and outreach.

Both the city and county had to have approved their ordinances before April 1 to be eligible for a CalRecycle grant to develop the programs, outreach and supporting systems SB 1383 requires, according to City Attorney Martha Rice.

According to the county’s staff report, those grant dollars and the MOU with the Solid Waste Authority would be used to develop capacity planning assessments for food recovery. However, that planning isn’t required for organic waste recycling due to the rural exemption.

Though DNSWMA Director Tedd Ward was the “Paul Revere” — according to District 2 Supervisor Valerie Starkey — in letting city and county elected officials know what to expect with SB 1383, Hooper pointed out that there are components of the new law that is outside the joint-powers authority’s wheelhouse.

“For example, they don’t have building inspectors who can go to building sites and do inspections on whether certain waste materials are being processed correctly whereas we have inspectors who can at least check boxes and confirm that,” Hooper said. “There are the other things the Solid Waste Authority couldn’t do on our behalf. For example, procurement. They wouldn’t be in a position to procure products that would be certified SB 1383 compliant on behalf of the county. Those are things we have to do.”

The city’s ordinance also requires commercial businesses generating more than 4 yards of cubic waste per week to obtain recycling services. There are also requirements included in the ordinance for recycled paper procurement, the sampling and monitoring of solid waste transfer and processing facilities.

Rice reiterated that the organics collection requirement has been postponed until 2017.

“That’s the big one that is economically and logistically extremely difficult to do in rural locations like ours,” she said.

On Tuesday, one question Board of Supervisors Chairman Gerry Hemmingsen said he had was if SB 1383 would eliminate people who self haul their trash. Hemmingsen said his colleagues with Rural County Representatives of California also shared this concern.

“In essence I think it is going to eliminate self haulers” he said. “And that’s going to be a big deal.”

District 3 Supervisor Chris Howard said he and Hemmingsen had lobbied at the state level, through RCRC and the California State Association of Counties to get as many provisions for rural communities into SB 1383 before it was passed.

“This is one of those deals where you have a lot of authority being given to the California Air Resources Board and it just doesn’t work for these rural communities,” he said. “Not only does it not work well for rural communities and citizens, it doesn’t work well for the dollars needed to support what they’re asking for, which is exactly why we’re able to receive several of these exemptions and extend the timeline of when we have to put SB 1383 in place.”

Hooper said Hemmingson's question about self haulers could be addressed through future proposed legislative remedies to the new state law.