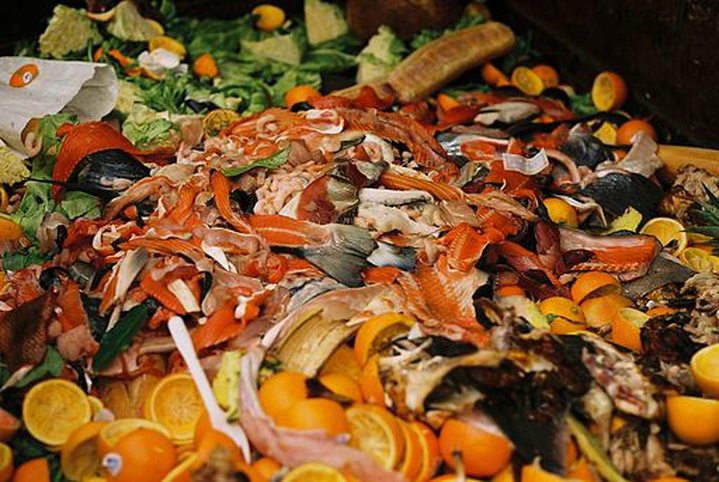 Though Crescent City and Del Norte County have until 2026 to offer organic waste collection services, City Councilors on Monday committed to developing an ordinance that would lay the groundwork for that system.

The ordinance is required for the city to be eligible for grant dollars through CalRecycle to pay for meeting the requirements of the new law, according to Tedd Ward, director of the Del Norte Solid Waste Management Authority.

Councilors on Monday authorized Ward and the DNSWMA to apply for the CalRecycle grant.

“Although we’ve been in general discussions about this, at this point we’re seeing the rubber hit the road,” Ward told Councilors. “The overall goal is the 75 percent reduction of organic materials landfilled by 2025 and a 20 percent increase in the recovery of food currently disposed of and recovery of that as food for people, also by 2025.”

Signed into law in September 2026, SB 1383 creates a “Short-Lived Climate Pollutant Reduction Strategy.” The law seeks to reduce methane emissions, which are created when organic materials, including paper food and yard debris, are sent to the landfill, according to Ward.

SB 1383 also addresses hunger by seeking to reduce food waste in California. All communities in California must establish an edible food rescue program in 2022, Ward said, which will be included in the ordinance the City Council is creating.

A local edible food rescue program would work with major food generators such as Safeway, Grocery Outlet and Walmart in Del Norte County, according to Ward.

SB 1383 also includes construction and landscaping requirements under the Green Building Code as well as the Model Water Efficient Landscape Ordinance, Ward said. He said he wasn’t familiar with those aspects of the bill, noting that the program “goes beyond the reduce, reuse, recycle activities the Del Norte Solid Waste Management Authority engages in.”

According to City Manager Eric Wier, while Crescent City is working with the DNSWMA and the county, the city’s ordinance will address the rules and regulations it must enforce.

City Attorney Martha Rice said she anticipates bringing a draft ordinance to the City Council on March 7 for adoption on March 22.

“I think it’s important for the Council to understand, all the things we’re putting in the ordinance are requirements of the city under SB 1383,” she said. “We’re not doing anything additional.”

However, she said it’s important for Crescent City’s programs to “mesh” with programs Del Norte County may establish to comply with SB 1383.

Though Crescent City will collect all the necessary data, DNSWMA will assist with reporting that data to the state, Wier said.

Officials are still working out how to address the regulations and enforcement requirements in the SB 1383 ordinance, Ward said. The current regulatory body that responds to health code violations is the Del Norte County Department of Public Health, he said.

“It would be something akin to that, but part of what would be outlined in the ordinance is who is responsible for that enforcement and how does that work?” he said.

Rice said another piece that SB 1383 addresses is the California Green Building Code, which would be enforced through the city’s building permitting process.

Crescent City Councilor Blake Inscore pointed out that the edible food rescue program is already in place through the Community Food Council. A few of the community’s largest food producers are working with the Food Council as well, he said.

“We’ve had some forward-thinking people who are doing some of this,” Inscore said, adding that he was concerned about possible fines against the city and county if it doesn’t meet the requirements in SB 1383. “So in some ways, we really are in better shape than in some other rural areas because we’ve had some legwork done. What is going to be a challenge is implementing a comprehensive program across the entire county.”