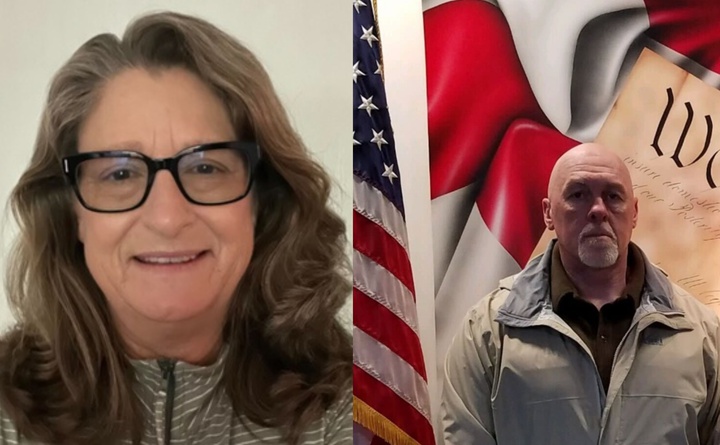 With 100 percent of the ballots counted for last month’s election, Curry County officially saw its lowest voter turnout for a May primary since 2002, but the drop may not be as significant as it seems.

This year’s primary resulted in a couple of extremely close local races. In Gold Beach, Measure 8-104, a seven-year, local-option tax levy that would have funded new equipment for the Gold Beach Volunteer Fire Department, failed by a mere 14 votes.

Countywide, the three-way race to fill Commissioner Chris Paasch’s seat was too close to be decided, with Beth Barker-Hidalgo receiving 40.48 percent of the vote and Brad Alcorn 36.64 percent. As a result, a runoff will be held for the board of commissioners position in November.

“We have close races all the time,” Denney said. “We’ve even had ties in some of the past special district elections.”

Paasch, who has endorsed Alcorn for the commissioners' race and is an open supporter of local firefighters, told the Outpost that he expects a larger turnout in November.

“I was somewhat surprised by the low turnout for the primary,” Paasch said. “I think the levy for the fire department would pass if it were brought back. There wasn’t enough information put out soon enough to inform people properly. Voters are getting more involved and require information, not just a question. I am confident and cautiously optimistic that we will see a vigorous campaign and election in November.”

Another possible cause for Curry County, and the entire state’s declining turnout, Denney said, is the 2016 Oregon Motor Voter Law. Under the law, which went into effect in January of 2016, all residents renewing Oregon driver's licenses who haven’t voluntarily opted-out of the system have been automatically registered to vote. While the law has resulted in more registered voters, the sudden increase is likely having a negative impact on voter turnout statistics.

“Our voter registration is definitely higher than it ever has been [due to the motor voter law],” Denney said.

In an effort to count as many votes as possible, Oregon has also introduced its new “postmark rule,” which allows any mail-in ballot postmarked by election day to be counted.

As a result of the postmark rule, Denney said that an additional 204 votes were counted this year in Curry County.

The date for Oregon’s upcoming general election is November 8.