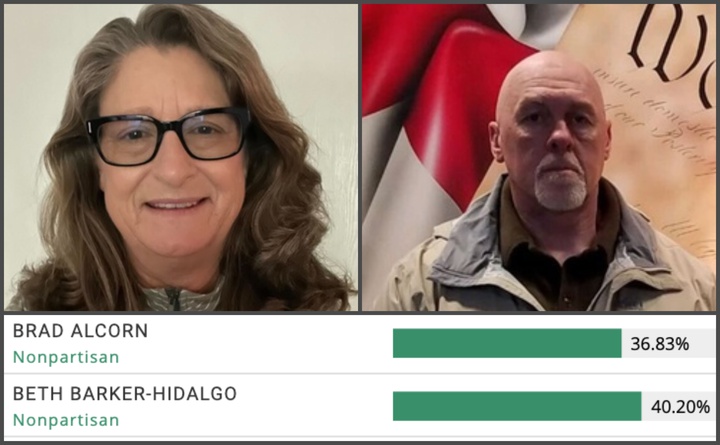 Today’s provisional results for the 2022 primary election show a hot Curry County Board of Commissioners race between Beth Barker-Hidalgo and Brad Alcorn.

As of this afternoon, Beth Barker-Hidalgo currently leads the race with 40.20 percent of the vote. She is closely followed by Brookings City Councilman Brad Alcorn, who has 36.83 percent of the vote. Former Curry County Commissioner George Rhodes is likely out of the running with 22.64 percent of voter approval.

The candidates are vying for current Curry Commissioner Chris Paasch’s seat. By rule, if any of the candidates fail to receive at least 50 percent of the vote, the top-two candidates will have a runoff in the Nov. 8 general election. Both Barker-Hidalgo and Alcorn told the Outpost that they feel confident they can win a November runoff. The winner would take over for Paasch in January of 2023.

“I do feel good about the spread,” Barker-Hidalgo said. “Though I’m not fooling myself, the general election will be a hard fought battle in this county. I am up for the task, and frankly, pleasantly overwhelmed by the messages of support and congratulations from a broad spectrum of residents in Curry — Republicans and Democrats alike. I am confident that if elected I will be able to coordinate, collaborate, and negotiate with the sitting commissioners to address many crises we face.”

More votes are expected to be counted in the coming days due to Oregon’s new “postmark rule,” which lets mail-in ballots postmarked by election day reach election offices, and be counted, up to a week later. Curry County Clerk Renee Kolen told the Outpost that a majority of the votes have been tabulated, and that her office expects to have a solid forecast for the election in 14 days. A finalized election report will be published within 30 days.

As of this afternoon, 7,333 local ballots have been counted. There are 18,998 active registered voters in Curry County, giving a current voter turnout of 38.6 percent. If this figure fails to see a considerable increase, it would mark Curry County’s lowest voter turnout for a May primary since 2002.

While Curry County consistently saw a May primary turnout of more than 52 percent between 2010 and 2016, ballot numbers have dropped in recent years. Fifty-three percent of the county’s registered voters failed to vote in the 2020 May primary, and fewer than 41 percent voted in May of 2018.

This year’s potentially meager turnout could have significant impacts on the Gold Beach Volunteer Fire Department, which is hoping to pass Measure 8-104, a seven-year local option tax levy that would give the agency $60,000 a year for new fire equipment and capital projects. Currently the Measure is failing by 17 votes. Meanwhile, Measure 8-103, a renewal of the same levy that voters approved for the Sixes Rural Fire Protection Department five years ago, is passing by an overwhelming margin of 86.72 percent. 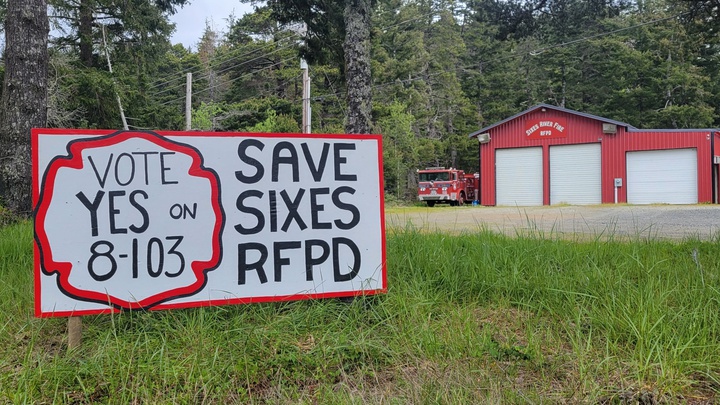 A "Vote Yes on 8-103" sign outside the SRFPD firehouse. | Photo by Ashley Moore.

At the state level, Curry County is favoring D-Tina Kotek and R-Christine Drazan for the 2022 gubernatorial race. Kotek and Drazan are also leading with voters statewide. Curry Commissioner Court Boice is also running for governor on the Republican ticket, and has received 10.23 percent of the vote in Curry County. Boice has earned 1.16 percent of the vote statewide and is currently tied for 11th place with candidate Nick Hess among a field of 19 candidates.

Track the latest local and state results through the Oregon elections website. 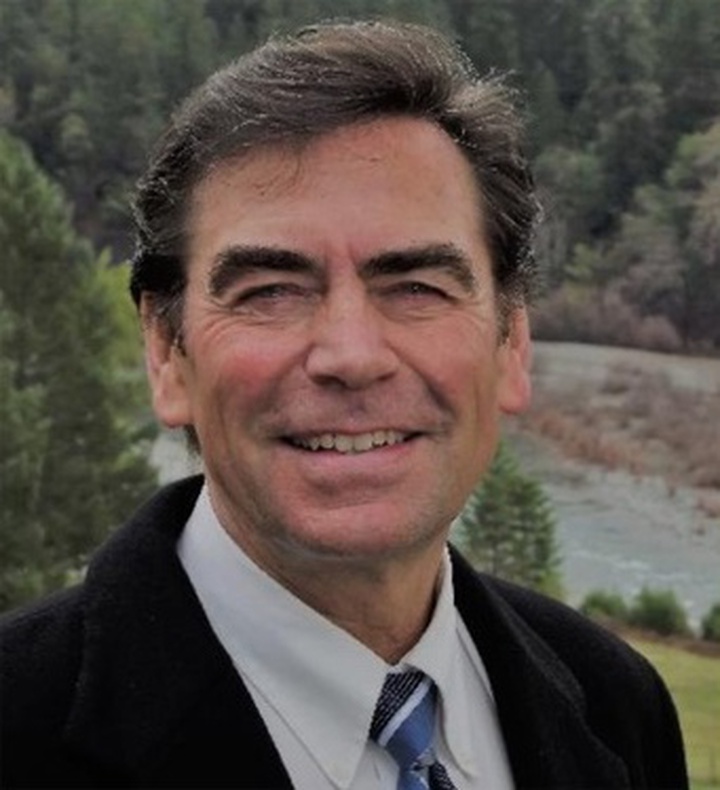