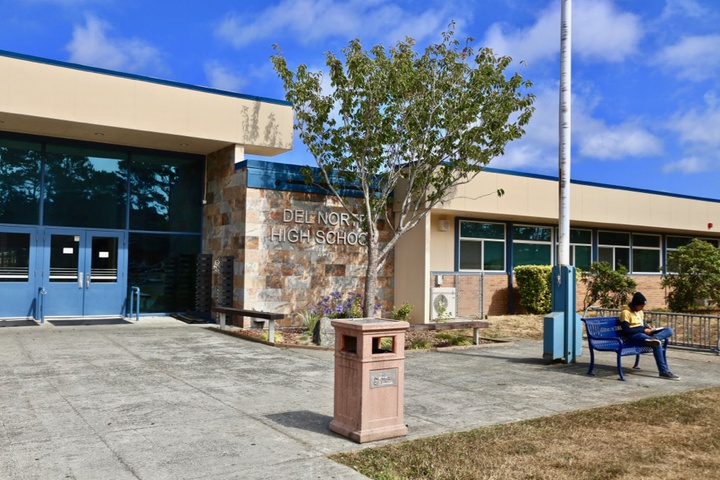 (Updated at 5:54 p.m. Tuesday to correct the amount of state bond dollars Del Norte Unified School District would be eligible for — $12.7 million — should a proposed measure make it to the ballot and be approved by voters)

A year after deciding they didn’t want a proposed school facilities bond to compete with other tax measures on the 2020 general election ballot, Del Norte Unified School District trustees will revisit the possibility moving forward in 2022.

The Board of Trustees is expected to begin discussing another proposed school facilities bond at its June 17 meeting. That discussion could include authorizing Jon Isom, of Isom Advisors, to conduct a feasibility study in the fall to determine if the electorate would approve a school facilities bond, said Steve Morgan, DNUSD’s director of facilities and maintenance.

“In November, Jon would have the survey results for us and he would bring those results to the November board meeting,” Morgan told trustees. “In December, we’d finalize the capital and financing plan based on our community outreach and in January of next year — only six to seven months away now — we’d prepare a resolution for the election including the ballot language.”

If it’s successful, bond dollars would help finance eight modernization projects at DNUSD schools, according to Morgan. The cost for these projects totals nearly $47 million, though DNUSD would be eligible for state modernization dollars “if and when a state bond passes,” he said. If California voters approve a state school bond, DNUSD would be eligible for about $12.7 million in reimbursement dollars, Morgan told trustees.

“Without a local bond we won’t be doing anymore work after this summer,” Morgan said. “We will have spent local bond money and we won’t have money to do anything other than just some repairs that come up that we can do with deferred maintenance dollars.”

“Hopefully it’s on the ballot next year. Hopefully it passes,” he said. “That would give us 60 percent (reimbursement) on six modernizations we’ve been working on for the last two to three years through the Office of Public School Construction.”

After Isom delivered the results of a survey that showed marginal support for a school bond measure, trustees decided in June 2020 not to compete against 1 percent sales tax measures benefitting the city and the county as well as a proposed property tax assessment for the Crescent Fire Protection District.

At the time, the district’s Future GO Bond priority project list included roughly $30 million in projects, according to Morgan. This year, Morgan said, he believed the district could go out for a larger bond amount due to increased property values.

Proposed bond-funded projects include modernization projects at Bess Maxwell, Crescent Elk, Joe Hamilton, Margaret Keating, Mary Peacock, Mountain, Pine Grove, Redwood, Smith River and Sunset schools — these include replacing the roof, windows as well as adding a new coat of paint. Most of the modernization projects are roughly $2 million, according to Morgan.

Del Norte High School would see new bleachers, track and press box as well as upgraded restrooms and snack shack. Renovating the Crescent Elk auditorium is another project on the priority list as is making parking lots at district schools more handicapped accessible, according to Morgan.

On Thursday, trustees were supportive of putting another school facilities bond on a future ballot, noting that last year, the timing for such an effort wasn’t right.

“Now that the other tax measures have passed, we should not have a problem of getting the support of the other elected officials that we need,” Trustee Area 4 representative Charlaine Mazzei said.

In addition to asking Isom to conduct a feasibility study to determine whether local voters would pass a bond measure, trustees need to decide which election would offer the best chance for success, Isom said. He predicted that DNUSD would “do better” in a higher-turnout election like the November 2022 gubernatorial election.

But one reason to consider placing a facilities bond measure on the June 2022 ballot is if it’s approved, the district would see those bond dollars quicker, Isom said.

“I would go out and survey the community some time in the fall, maybe even late fall, which would position you to potentially go in June and if it doesn’t look good in June, you can go in November,” Isom told trustees Thursday.”You have to make a final decision basically by the first week in March to get on the June ballot.”