'We Got the Guy!': Woman Describes How She and Her Fiance Trapped a Suspected Burglar in School Bathroom » 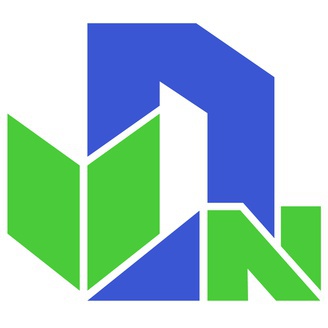 Though supportive of the school board’s willingness to put a goal to strengthen relationships with Del Norte Unified School District’s staff in writing, Sarah Mitchell asked about complaints when a trustee commits a “gross violation.”

She also noted that trustees Angela Greenough and Charlaine Mazzei were the only two board members showing they were committed to strengthening relationships and trust with certificated, classified and administrative staff.

“I understand you’re elected and we can take action not to elect you next time, but what about that process in between if there’s a violation of this?” Mitchell asked. “With my complaint, I was told to file a complaint, and then I don’t know exactly what I was told I haven’t gotten a formal response. I was told it’s not something the board can talk about because it wasn’t an action of an employee.”

Mitchell filed a complaint against Magarino after he mentioned her name “in a mocking manner” just before the public comment period at the board’s April 22 meeting.

Last Thursday, though Magarino didn’t comment after Mitchell spoke, Greenough, DNUSD board president, said she took full responsibility for not being timely with Mitchell’s complaint and assured Mitchell that she would speak with her soon.

“It is a very interesting process to be going through,” Greenough said. “There’s a lot of self reflection, reflection from the board and I apologize.”

Greenough instigated the discussion about revising DNUSD’s Board Governance Handbook, noting that one of its goals, to “strengthen a culture of collaboration between and among staff in the community” did not have targets the board could meet to realize that goal.

On Thursday, both she and Mazzei, along with Superintendent Jeff Harris, were vocal about revising that goal. This is what they came up with:

“The certificated, classified, administrative staff and the board are critical members of the Del Norte community. Over time and for a variety of reasons, relationships and trust have frayed. The board commits to meet with DNTA and CSEA in Meet and Confer for the purposes of rebuilding trust and relationships, to discuss staff and programmatic needs, to explore emerging issues and topics and to find opportunities for recognizing and acknowledging success. The board is also committed to being visible and accessible through school site visits, attending district events and authentically engaging staff at all levels.”

Greenough also noted that the end of the Board Governance Handbook included the stipulation that when trustees visit school sites, they’re there to “engage and listen,” not to evaluate.

Mazzei said she wanted to make sure staff know that it’s OK to talk with a trustee. At a recent visit at her son’s school, Mazzei said she spoke with a staff person who later told her they were questioned by someone at the district office after that conversation.

“Someone at that school site kind of, I felt, tattled on somebody for talking to me to somebody in the admin office, and the admin office went and confronted that person, and that’s not OK,” Mazzei said. “I don’t want to be the pariah that nobody talks to because somebody is going to tattle to somebody else on them. I want to make it clear to staff and admin that it’s OK if people talk to the board, that’s what we’re there for.”

Responding to Mitchell, Mazzei said having a process for complaints against school board members to be addressed is a “legitimate question.”

“Part of the reason it’s taken time to work through the complaint is we don’t really have a process, we don’t know how we as a board are supposed to discuss things, we don’t know what the ramifications are of violating a policy,” Mazzei said. “How do we handle complaints? How do we handle somebody coming onto campus and giving orders? What do we say to that person and how do we deal with that?

Harris pointed Mazzei and her colleagues to DNUSD’s Board Bylaws governing conduct. That bylaw addresses Title IX complaints, uniform complaints and complaints against an employee, he said, but trustees aren’t employees.

Harris suggested the DNUSD Board of Trustees look at how other school boards around California handle complaints against trustees and potentially revising its own complaint procedure.

Following Mitchell’s comment, teacher Carrie Crist applauded the desire on the part of Greenough, Mazzei and Trustee Area 1 representative Don McArthur to change a previous culture of the board “isolating themselves from staff.”

Noting that several people are resigning or retiring from the district at the end of the year, Crist suggested the Board of Trustees conduct exit interviews to find out why staff are leaving.

“This is an opportunity,” she said. “Although I appreciate you on campus, when people step into the classroom, look at the clock, wait three minutes and turn and exit, it’s not an opportunity it’s a dog and pony show. We need to make it different.”