« Storm Sparks Outages Due To Wind, Traffic Hazards Due To Snow 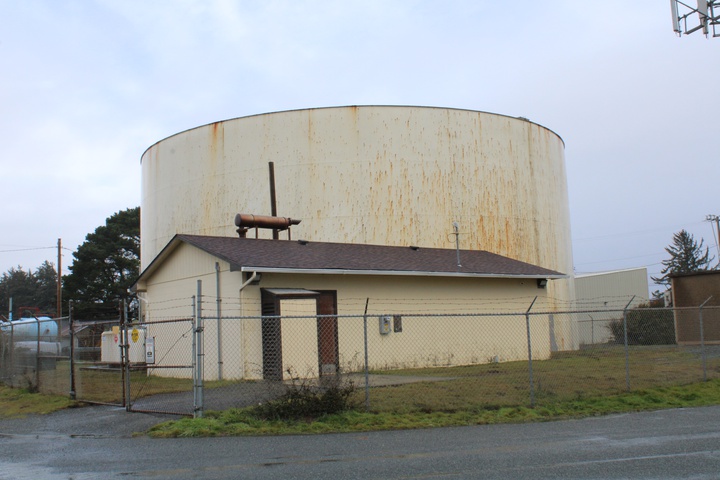 Crescent City will work with Elk Valley Rancheria to begin a rehabilitation of one of its two water storage tanks.

Councilors unanimously approved contributing $95,000 from the city’s water fund to the project to cover extra expenses and provide a 10 percent contingency.

“They’re administering the grant and the contract,” Olson said, referring to Elk Valley Rancheria. “We’ll be acting as their construction manager to build the project. The final product will be turned back over to the city. We’re not losing control of the tank or anything like that.”

The first phase of the Amador Tank rehabilitation project includes installing a new roof hatch, center vent, auxiliary vent, guardrails, a fall restraint system and new interior and exterior ladders. The project also includes minor repairs and a new coat of paint to the appurtenances around the tank, according to the city’s staff report.

According to Olson, the second phase of the Amador tank rehabilitation will cost about $1 million. The city will use money in its water fund and pair it with a second $200,000 grant Elk Valley Rancheria is pursuing from the Bureau of Reclamation, he said.

“The next steps are: Finish Phase 1, some safety modifications to Amador; Phase 2, completing the restoration of the Amador tank; and Phase 3 will be the construction-renovation of the Washington storage tank,” Olson said.

The Amador tank stores about 1.5 million gallons of water, according to City Manager Eric Wier. The tank near Washington Boulevard stores about 4 million gallons, he said. The loss of any of those tanks would negatively impact the city’s Insurance Services Office fire rating, Wier said.

“The city has a good rating,” he aid. “It’s a 4, if I’m remembering correctly, which is really low considering our fire department and water system. What this (project) would allow us to do is keep that.”

Other phases of the project include repairing the tank’s steel girders and a complete re-coating of the interior and exterior of the tank, according to the city’s staff report.