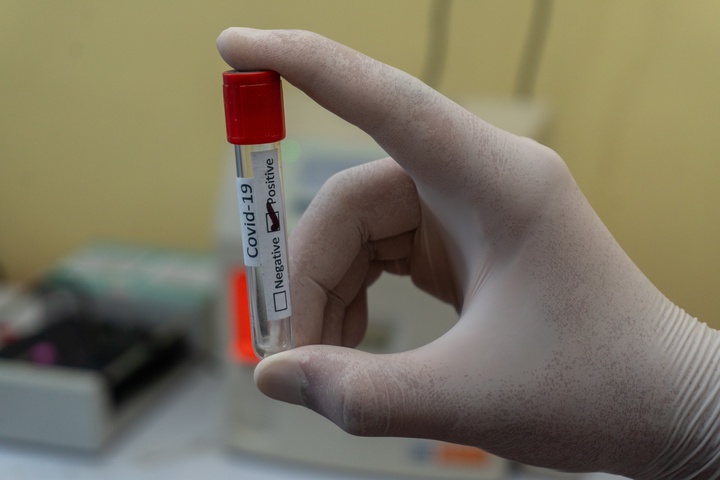 With 48 cases per 100,000 people, the New York Times has named Del Norte County as the hottest of hot spots when it comes to COVID-19 activity in the Golden State.

Del Norte is seeing a significant uptick in coronavirus cases, Public Health Officer Dr. Warren Rehwaldt told the Wild Rivers Outpost on Monday. Counties to the north in Oregon — Douglas, Coos, Curry, Josephine — have also seen increases, he noted, and are more closely connected to Del Norte than Siskiyou or Humboldt in California.

But, the per-100,000 people metric amplifies coronavirus activity for Del Norte and other small counties where populations are significantly less, Rehwaldt said.

“Every case that we have — every one single case — on that metric is calculated out as 3 1/2 cases,” he told the Outpost. “It always tends to amplify (case count) and that’s one of the reasons small counties don’t like that metric.”

Still, Rehwaldt allowed that Del Norte County’s COVID-19 case count is higher than its California neighbors. Even by the metric the state Department of Public Health uses for small counties, Del Norte County may be demoted from the Red Tier to the most restrictive Purple Tier on California’s Blueprint for a Safer Economy this week or next.

In November, when Del Norte County first entered the Purple Tier, Rehwaldt had said counties that had more than seven cases per 100,000 people would be moved into the most restrictive category on the Blueprint. But for small counties like Del Norte, it took more than 35 cases in any given week to increase the likelihood that they would go into the Purple Tier, Rehwaldt told the Outpost in a Nov. 23 article.

On Monday, Rehwaldt said, Del Norte could see Purple this week or next week, though he wasn't sure.

"I have a hard time imagining us not dropping in there for at least awhile,” he said.

In Del Norte County, the Public Health Branch tracked 34 new COVID-19 cases on Thursday; 16 on Friday; five on Saturday; and 11 on Monday.

As of Monday, there are 61 active coronavirus cases in Del Norte County, according to the Public Health Branch. Two people are in the hospital.

According to Rehwaldt, some of the new cases identified on Thursday were part of a backlog from one of the testing sources in Del Norte County that had trouble reporting the results to CalREDIE, the state’s infectious disease registry system. Some of those cases should have been logged into the county’s Information Hub earlier, he said.

However, those that were tested were informed of their results right away and nearly everyone took steps on their own to isolate, Rehwaldt said.

“Every time we have an outbreak, the numbers pick up and then we have more numbers from identifying contacts who are positive, telling them to go in and get tested,” he said. “Then we can identify people who need to isolate as completely as possible. It’s good for them — we can give them an estimate of when they’re not infectious anymore that’s pretty reliable. But it’s hard on everybody else.”

If Del Norte does go from the Red Tier to the most restrictive Purple Tier on California’s Blueprint for a Safer Economy, restaurants will have to serve diners outdoors and via takeout or delivery. Indoor retail and shopping centers can only operate at 25 percent maximum capacity. Museums, zoos and aquariums; places of worship; movie theaters; gyms and fitness centers; family entertainment centers and card rooms can only operate outdoors, according to state guidelines.

In Crescent City, though much of its services will be postponed until the county moves into the least restrictive Orange and Yellow tiers, the Fred Endert Municipal Pool can still offer swim lessons. The city will begin swimming lessons on April 12, according to City Manager Eric Wier.

“We’re obviously very aware of the coronavirus situation and are keeping close tabs on it,” Wier said, adding that the city, which helped to create the Del Norte Economic Resiliency Task Force, is working to keep business owners informed as the restrictions that are in place. “Fortunately as far as restaurants go, the weather’s getting a little bit nicer. The most important thing is we’re trying to get the word out and having the community do everything we possibly can to try and get these case numbers down.”

Despite the uptick in cases, there is a bright spot in the local effort to distribute the COVID-19 vaccine. According to Rehwaldt, the county has a glut of vaccine currently. Public Health staff are getting about 600 to 700 shots in people’s arms. Rite-Aid, Walgreens and Safeway are also inoculating Del Norters.

Rehwaldt estimated that 12,000 COVID-19 vaccinations have been distributed so far. The biggest challenge, he said, is people are showing a preference for the Johnson & Johnson one-dose vaccine.

“It’s a harder sell for Moderna, but not so much for Pfizer,” he said. “I think probably because of the 3-week interval between the two shots (for Pfizer) rather than waiting a full month like Moderna does.”

Rite-Aid, which is administering the Pfizer vaccine, has been inoculating enough people at a fast-enough pace that they’ve avoided the logistical headache of having to store extra doses long-term, according to Rehwaldt. He noted that the U.S. Centers for Disease Control has said that the Pfizer vaccine can keep up to two weeks at minus 20 degrees, which is easier to manage than the original guidance of minus 90.

When the Pfizer vaccine distribution first began in December, Del Norte County had to purchase ultra cold freezers to store the shots.

“(Rite-Aid) is able to move the vaccine quickly enough to store it at a lower freezing temperature,” Rehwaldt said. “They’ve done really well and haven’t had to use our freezers. This is a big shot in the arm for us.”