« The Rails Donate Another 35 Musical Instruments, Mouthpieces and Mutes to Del Norte Schools 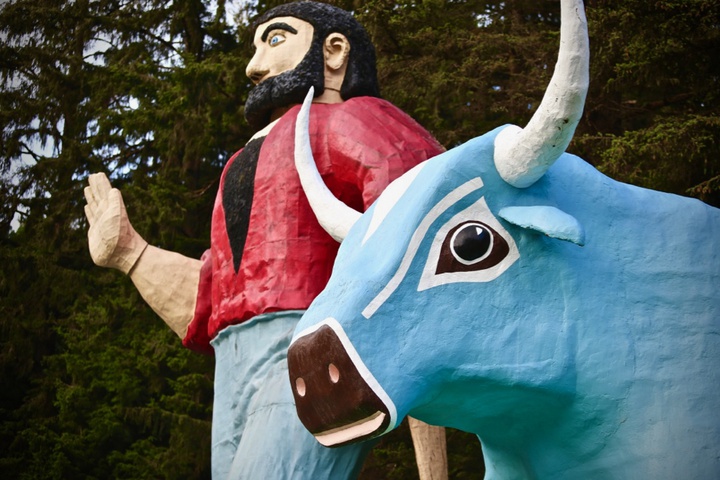 John Mayer’s sojourn down Howland Hill Road for Land Rover may have been one of the more significant plugs for Del Norte County last year, but it was one of many.

The advertorial exposed Del Norte to a different audience and continues to have an impact with posts on Instagram and Facebook, said Lynette Braillard, founder of LuLish Design, the agent of record for the Crescent City-Del Norte County Chamber of Commerce and Visitors Bureau. But that ad was part of an overall increase to the Visit Del Norte website through promotions in Visit California, Google, the North Coast Tourism Council and other outlets, she told the Crescent City Council on Monday.

“During a COVID year, a pandemic year, we are still seeing huge growth in traffic,” she said. “And this is only through April 14. We expect this to be a triple digit number by the end of the year.”

During their year-in-review presentation, Braillard and Chamber Executive Director Cindy Vosburg gave some of the highlights of a year that was impacted by the COVID-19 pandemic. According to Braillard, they measure success by looking at the collection of transient occupancy, or lodging, taxes as well as sales taxes within Crescent City and Del Norte County.

Braillard said she also looks at the amount of traffic Visit Del Norte garners, noting that the bureau’s paid ad campaigns, social media impressions and engagements are designed to steer people to the website.

Braillard said they also weigh traffic into the chamber’s visitor center as well as the number of clicks links on the Visit Del Norte website receive.

According to Vosburg, much of the traffic to Visit Del Norte comes from people who saw content on Visit California.

“The leads we get from Visit California from ads is where somebody actually has to take an action,” Vosburg told Councilors. “They have to sit down and order a visitor guide, they send it to Visit California through a return card and Visit California sends us the information and we send our visitor packs to that person.”

“We’re always trying to push out local businesses, what they’re doing (as well as) new and exciting things,” Braillard said. “Overall, over 75 percent of the pitches we’ve given Visit California have been published. We’re hoping that will increase — hopefully it’ll be 100 percent.”

Despite the pandemic, Braillard reported that in the quarter ending Dec. 31, 2020, lodging tax in the county was up 44 percent. She said local tourism representatives thought that was a mistake, but then realized that the county houses a lot of vacation rentals, which were faring better than hotels and motels.

In Crescent City, where most of those hotels and motels are, the quarter ending Dec. 31, 2020 was flat from the year before, according to Braillard.

Sales tax increased as well over the course of the year, Braillard added.

“Over the course of the year, sales tax increased collectively by 10 percent, and then room tax really was only down 19 percent,” she said, adding those numbers weren’t bad taking into account the pandemic’s overall impact on the travel industry.

“The investment we’re making because of having that relationship with Lynette, being able to provide a broad spectrum pitch to Visit California and representing all of the North Coast, bringing it to Del Norte County and bringing it into Crescent City is nothing short of amazing from where I started with the visitors bureau,” he said.
Crescent City Mayor Jason Greenough also noted that hotel parking lots in Crescent City seem to be full.

“I’m almost certain quite a few of those people wouldn’t have visited here if they hadn’t had the impressions put in their lap to look at,” he said.