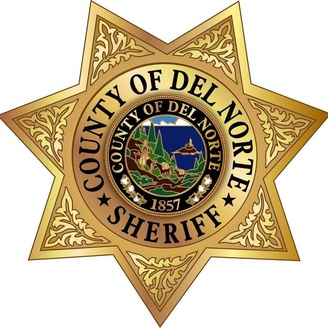 Sheriff's deputes are seeking information about a 22-year-old man was found unresponsive and with what appeared to be a small-caliber gunshot wound to his back early this morning.

Joseph Deford was found unresponsive near the 200 block of Harding Avenue in the Crescent City area when Del Norte County Sheriff's Deputies arrived at about 1:20 a.m. Thursday. Despite CPR and the administration of Naloxone, Deford was unable to be revived and was transported to Sutter Coast Hospital, whose staff found the gunshot wound, according to a Facebook post.

The Del Norte County Sheriff’s Office is asking for your help regarding a suspected homicide that happened today (04/22/2021) between the hours of 12:50am and 1:20am. At this time, the known series of events are as follows:

On 04/22/2021 at about 1:14am, the Del Norte County Sheriff’s Office dispatch center received a report of a man lying on the ground near the 200 block of Harding Avenue. Within six minutes, a law enforcement officer arrived on scene and found Joseph Deford (22-years-old) unresponsive. Life-saving efforts were attempted including CPR and the administration of naloxone. Deford was transported to Sutter Coast Hospital. Deford was unable to be revived. While at the hospital, a presumed small caliber gunshot wound was located in his back.

Through the course of this investigation, it has been confirmed that Deford left Patriot Gas Station at Northcrest Drive and Washington Blvd at about 12:50am, walking westbound on Washington Blvd. He was also seen just a few minutes later walking south near the 1200 block of California Street. He was found unresponsive near the 200 block of Harding Avenue at 1:14am.

This investigation is active and we are working with multiple agencies including the Del Norte County District Attorney’s Office. We are requesting any relevant information you may have. Please contact dispatch at 707-464-4191 ext 0. You can also provide information anonymously by texting DNSOTIP to 847411 (tip411).