« SMOKE REPORT: Conditions Looking Good on the Coast; Relief Possibly Coming for Inland Areas With Chance of Rain Later in the Week 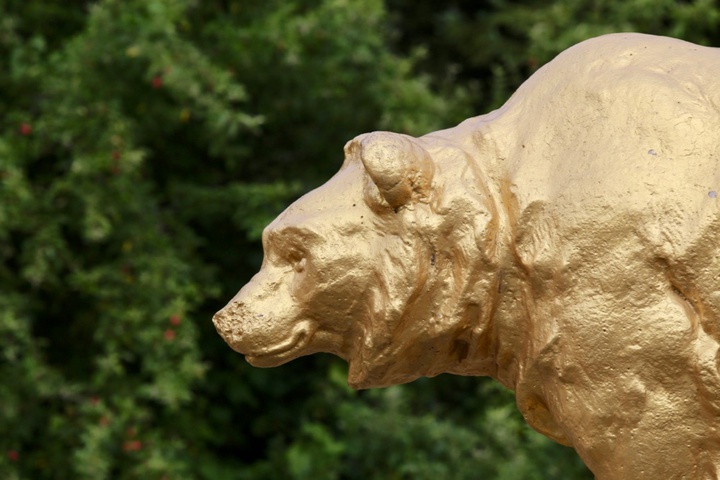 The Grammy-award winning artist took a Land Rover down Howland Hill Road and stood under the eaves of the tallest trees on earth.

“There’s a reason people call it escape,” Mayer says in the resulting video, “John Mayer Goes Outside,” a recent online ad campaign for Land Rover. “You’re slipping the bonds of something. Even if the bond is routine, you’re trying to come back with something you couldn’t have gotten any other way.”

John Mayer’s sojourn through Jedediah Smith Redwoods State Park came out via an advertisement in the Atlantic on Friday, said Lynette Braillard, who is working with the Crescent City-Del Norte County Chamber of Commerce and Visitors Bureau to attract tourists to Del Norte County.

The Land Rover ad is an example of “earned media” placement Braillard said she and the visitors bureau didn’t know about.

“We were not responsible for this, but this is amazing,” Braillard told Crescent City Harbor District commissioners on Tuesday. “His quotes are right on brand for Del Norte County. One of his best statements is him talking about our beaches and how we have an ‘unbranded profoundness.’”

Despite COVID-19, between April 1, 2020 and June 30, 2020, Visit Del Norte County, California, has received 60 percent of its overall visits for its entire first year, Braillard told harbor commissioners. In the last three months, the website has generated roughly 444,000 organic search impressions, she said.

Most website visitors are from California, Oregon, Washington and Canada, Braillard said.

“What that means is this upcoming year, we are thinking that will easily double, possibly quadruple, our website traffic and page views, and our organic search impressions, Braillard said, adding that about 1,200 people have subscribed to the Visit Del Norte County email list. “Right now, in this quarter, we’re up over 402 percent compared to the quarter in the previous year. We’re up 300 percent in page views… despite COVID and everything that has hit us this year, this is really great to see.”

On social media, primarily Facebook and Instagram between April 1, 2019 and April 1, 2020, Visit Del Norte County, California has generated 717,921 impressions and 25,773 people have liked, shared or commented on a post, Braillard said.

“We’ve had 65 percent of our engagements already in three months as compared to the entire year previously,” Braillard said. “We plan to probably quadruple our engagements, impressions and link clicks for this upcoming year.”

Citing data from Visit California, released Aug. 12, 2020, Braillard said demand for visitor lodging was down in California by about 41 percent. However in rural areas, including Del Norte County, hotel room demand was down 17 percent, she said.

“This kind of goes along with what we already know, that people are looking to flee the bigger cities,” Braillard told commissioners. “This data is directly reflecting that.”

Meanwhile, the North Coast Tourism Council, which includes visitors bureaus in Del Norte, Humboldt, Mendocino and Lake counties, has received grant dollars from Visit California. Rebranded as North of Ordinary, the North Coast Tourism Council will use that money to launch a new campaign promoting Northwest California with such slogans as “whales, wineries and woof walks,” Braillard said.

The North Coast Tourism Council funded a video and photo shoot for Del Norte as part of its new ad campaign, Braillard said. Visit Del Norte County California will repurpose those photos and videos into new ad content this year, she said.

“It’s going to be promoted via targeted digital ad media on Facebook and Instagram targeting Millennials and older Gen Z-ers, the age group between 25-40 who live in major metro cities within a 300 mile drive of us,” Braillard said.