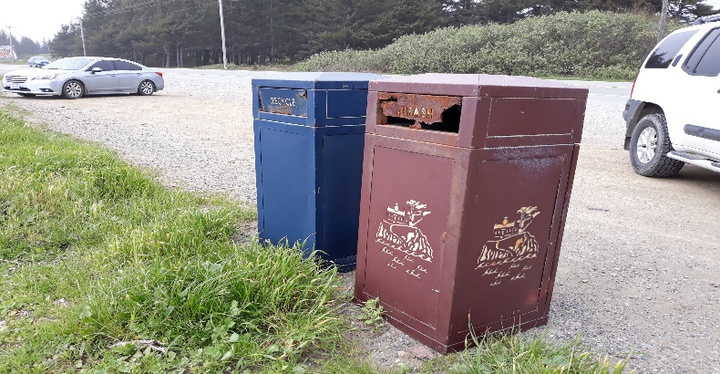 Local solid waste representatives and Recology Del Norte are seeking a consultant as they work on extending the waste hauler’s collections franchise agreement for five years.

The consultant will be paid for by the Del Norte Solid Waste Management Authority and Recology Del Norte. He or she will help both parties renegotiate garbage rates and potentially accelerate the process of replacing rusty street-side recycling and trash containers, said DNSWMA Director Tedd Ward.

Ward estimated the consultant would cost between $8,000 and $20,000 depending on the “level of detail we’re asking them to engage in.” The DNSWMA and Recology will each contribute half of the consultant’s fees.

The consultant would prepare and present a report on the recommended garbage rate changes, Ward said.

“It’s perfectly understandable, as rates change, that every customer would be concerned to make sure rates are fair and reasonable,” he told DNSWMA commissioners Tuesday. “It’s clear the community would like some discussion to explain how the rates were arrived at.”

Ward told commissioners he would present them with a request for proposals at the joint powers authority’s next meeting.

This decision comes roughly a year after Recology Del Norte general manager Jeremy Herber asked the authority to begin discussing an extension to its collections contract. As part of that extension, Recology would replace 60 street-side metal containers with cement trash and recycling containers.

When Herber made this request in September 2019, the DNSWMA board appointed Crescent City Mayor Blake Inscore and public representative Mike Tompkins to an ad-hoc committee to negotiate a contract extension with Recology.

On Tuesday, Ward said Inscore and Tompkins felt working with a consultant to assist with rate negotiations would be a good idea.

However, District 2 Supervisor Lori Cowan, who has been a DNSWMA commissioner for about four years, asked if a consultant is really necessary to come up with new garbage collection rates.

Ward noted that in 2011 when the Solid Waste Management Authority entered into its original agreement with Recology to offer residential trash pickup, there were changes to the rate structure.

Inscore noted that with garbage rates being re-negotiated there will be systemic changes to the DNSWMA’s contract with Recology.

“My thought is having an independent party, between the two of us, might enable us to stay on point and get to conclusions without having to go back and forth over minutia,” he said. “Sometimes it just seems like we get waylaid over a specific topic and we have another meeting about that and we just don’t make the necessary progress. My thought is having an independent person we’re paying that both sides agree upon, this person is there to keep us on task and on point to get this job done.”

In other matters, the Del Norte Solid Waste Management Authority agreed to invite CalRecycle to visit the area to conduct a waste characterization study.

This study analyzes the types of material being and are used to project the amount of items being discarded and what could potentially be recovered, Ward said. The last time such a study was performed in Del Norte County was 1997. Ward added that CalRecycle particularly hopes to conduct an analysis in a rural area.