Sirens Will Stay Silent For Thursday's Tsunami Evacuation Drill; Exercise is to Prepare For Cascadia Quake » 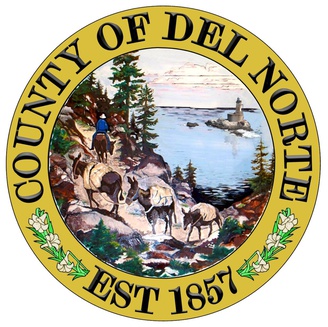 However, though his recommendation to the Board of Supervisors on Tuesday will be to close the detention facility, Lonnie Reyman said the county’s Juvenile Services Division will still use the building for programs and offices.

“If the hall is closed, I think we’ll need to ramp up services and programs and try and do even more than we’re doing now for our kids (who are) out of custody,” he told the Wild Rivers Outpost. “Having a place to do that is critical. And that facility, there will be some challenges in retrofitting it to a degree to open up access, so it’s not run by central control — that would allow movement through the facility.”

At the Board’s Oct. 11 meeting, Reyman agreed to provide supervisors with information about the challenges his department faces around recruiting and retaining staff. He also promised to look at how other Northern California counties are handling closing their juvenile halls.

Reyman offered other options in lieu of closing the facility’s detention area, including implementing a day release program that would house youth overnight and a special-purpose juvenile hall that would have kids in custody three to four days per week instead of 24-7.

But Reyman said he felt shuttering the detention facility was inevitable.

In his staff report for Tuesday's meeting, Reyman said he met with Cathy Hafterson, the county’s human resources manager, and discussed recruitment for all county agencies and “the community at large.” According to Reyman, Hafterson “has taken every step possible as a professional Human Resources manager to efficiently and effectively recruit for positions in the Juvenile Hall.”

Reyman said he also spoke with Crescent City Police Chief Richard Griffin about his staffing struggles. According to Reyman, Griffin spoke of potentially using Facebook as a recruitment tool.

“He has had one officer make the decision to come work for the Police Department because of the type of information provided on the Facebook page,” Reyman said of Griffin’s department. “A challenge that arises out of this type of recruitment is bringing in staff that do not generally plan to invest in an agency for the long-term, instead they are more willing to move on to other opportunities.”

As of Monday, Reyman said the juvenile detention facility is currently housing six. On average, it typically houses two to three youth, he said. It has 44 beds, but the facility’s capacity is dictated by its staffing.

“Our staff-to-ward ratio, because it’s 1-10, with two staff and a supervisor we could house up to 20 kids,” he said. “By regulation, we have to staff one (officer) for each gender, which is the biggest challenge we have. When we have low staffing, trying to meet those mandates for gender on duty is one of the biggest issues we run into.”

According to Reyman, there are currently 30 youth under the Probation Department’s jurisdiction.

Meanwhile, though the Board of Supervisors hasn’t made a decision about when the facility will close, Curry County’s juvenile director, Wendy Lang, told the Board of Commissioners last week that Del Norte soon won’t be an option for housing their in-custody youth.

“That’s bad news because it’s a half-hour away, especially if it’s 2 in the morning,” she said. “We already have contracts in place with Josephine and Douglas (counties). We’ve been using them sometimes for extended stays.”

She said she’s working to establish a “safety location” at their office if their staff brings in a youth late at evening.

“If it’s 2 in the morning and it’s in the middle of February, I don’t want anybody driving over either pass to Grants Pass or to Roseburg,” she said. “So we’ll have a secure holding place here.”

The Del Norte County Board of Supervisors meets at 10 a.m. Tuesday in the Flynn Center, 981 H Street in Crescent City or via Zoom.