« Curry County Sheriff: Brookings Man Dies After He was Struck By a Paint Striping Truck 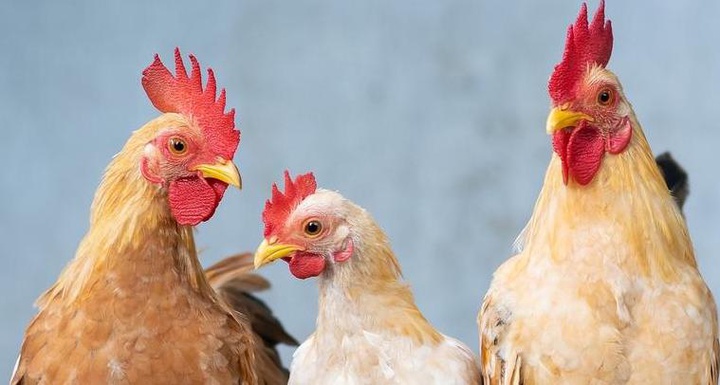 An avian flu outbreak has forced Alexandre Family Farm to “depopulate” its entire flock and start over from scratch, Blake Alexandre said Friday.

The contagious disease was detected in a flock of 43,000 birds from an “independent table egg producer” in Del Norte County, the U.S. Centers for Disease control and Prevention’s H5N1 Bird Flu Detection map reported.

Alexandre confirmed Friday that the flock belonged to his family. The outbreak was detected about a week ago, he said, and they have finished culling their birds in compliance with government protocol. Alexandre Family Farm is unable to sell eggs for awhile — Alexandre didn’t know for out long. But, he said, they will get new birds and come back.

“It’s kind of hard to deny that that would be us, so yeah, it’s us,” Alexandre told the Wild Rivers Outpost. “It’s an extremely difficult time on the farm and we just kind of need to get through it quietly.”

In addition to the case in Del Norte County, new avian flu outbreaks have been detected in Stanislaus County and Monterey County, according to the California Department of Food and Agriculture. As of Oct. 4, outbreaks had been confirmed in domesticated flocks in Butte, Calaveras, Contra Costa, El Dorado, Fresno, Sacramento and Tuolumne.

Infected locations are quarantined and birds euthanized to curtail disease spread, according to the CDFA.

In Oregon, avian flu has been detected in Coos, Douglas, Lane, Deschutes, Linn and Tillamook counties, according to the CDC.

“Our role typically on a day-to-day basis in that type of animal health issue is small,” Riggs said. “I had received a CDFA alert from the State Veterinarian’s Office that avian flu was detected in Del Norte. But typically if they wanted us to do something, I’d get a phone call from CDFA.”

Alexandre called the recent avian flu outbreaks a “bit of a pandemic,” saying it’s the worst year his family has ever seen. He said he has been working with state and federal veterinarians to try to find out how long his farm must quarantine and when they can begin replacing their birds.

Alexandre said he hasn’t received that information yet partly because those agencies are “overwhelmed with problems everywhere so they’re spread real thin.”

“I think it’s the worst year we’ve ever had and I think what should be stated is it’s carried by wildlife,” he said, adding that the wild flocks of geese that visit his pastures just left. “We’re very vulnerable to that because our birds are spread over a 300-acre pastured area.”

According to CDFA, avian flu has been detected in wild birds in 22 California counties, including Siskiyou.

Although Del Norte isn’t included among the 22 counties CDFA lists as having infected wild birds, backyard flock owners should be careful about sanitation, especially if they’re going to anywhere wild birds frequent or if visiting other domestic flocks, Riggs said.

These precautions are also important for those who own ducks, turkeys and other birds besides chickens, he said.

“If it were me, I wouldn’t wear my shoes or boots in areas where my flock is going to be that I’ve worn off property,” Riggs said. "What you’re aiming for is keeping your flock as separate as possible from everything else. You don’t want to encourage wild birds to come to your property if you have a flock. You definitely don’t feed them and if you have left over fruit in trees, consider culling that out.”

Avian flu is highly contagious and often fatal to birds and is spread through direct or indirect contact from infected birds, according to CDFA. Symptoms include trouble breathing; clear runny discharge from nose mouth and eyes; lethargy; decreased food and water intake; swelling around eyes, head, wattles or combs; discolored or bruised comb, wattles or legs; stumbling and falling; twisted neck or sudden death.

Riggs urged people to visit the CDFA website and read about animal health and biosecurity. They can also stay up to date on avian flu outbreaks in California, he said.

CDFA urges poultry owners whose birds have experienced sudden illness or death to call its sick bird hotline at (866) 922-2473.

Alexandre’s children started Alexandre Kids, their pasture-raised organic commercial egg business, about 18 years ago. Their products have appeared in stores statewide, most recently in Southern California.

The avian flu outbreak among his family’s farm is a blow, Alexandre said, but he and his son are working on bouncing back.

“I feel very fortunate we have a path to get back to production,” he said.