There's An Election Tuesday; Ballot Submissions on the Low End 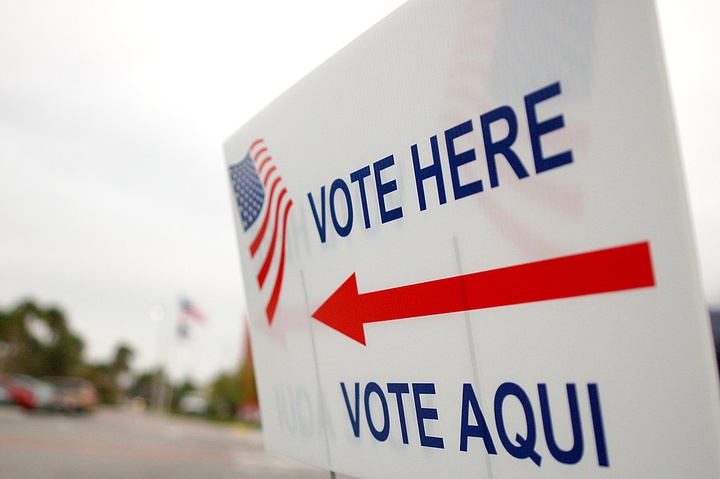 Election Day is just five days away and voters have a slew of local candidates to choose from, but more than 13,000 ballots are still outstanding, Del Norte County’s clerk-recorder says.

As of Thursday, 2,194 California ballots have been returned to the Elections Office out of a total of 15,513, County Clerk-Recorder Alissia Northrup told the Wild Rivers Outpost. But this is the first time every Del Norte County voter received a ballot in the mail, she said, citing a state law that took effect in January.

“Usually I would only have sent out between 8,000 and 9,000 ballots,” Northrup said, adding that it’s too soon to tell how the new law will affect the number of people who go to the polls on Tuesday. “We were close to 70 percent vote-by-mail already before this.”

Candidates in the District 3 Supervisor race include incumbent Chris Howard, Frank Magarino, who is currently serving on the Del Norte Unified School District Board of Trustees, and Joe “Hank” Akin, a board member for the Big Rock Community Services District.

Five candidates seek to be an elected replacement for former 5th District Supervisor Bob Berkowitz, who died in March. Those candidates include Susan Masten, who was appointed to the seat by Gov. Gavin Newsom after Berkowitz’s death; former sheriff Dean Wilson; David Jones, Klamath Chamber of Commerce president; Terri Colton, who ran for the seat in 2016; and Bertsch Tract resident David Markel.

Other local offices on the ballot this election include Del Norte County sheriff, district attorney and superintendent of schools, though the candidates in those races are running unopposed.
Ballots were sent to voters on May 9, Northrup said.

Voters can submit their ballots by mail or take them to a polling location on Tuesday to submit them, Northrup said. If they want to actually vote at the polling place, they should surrender the ballot they received in the mail, she said.