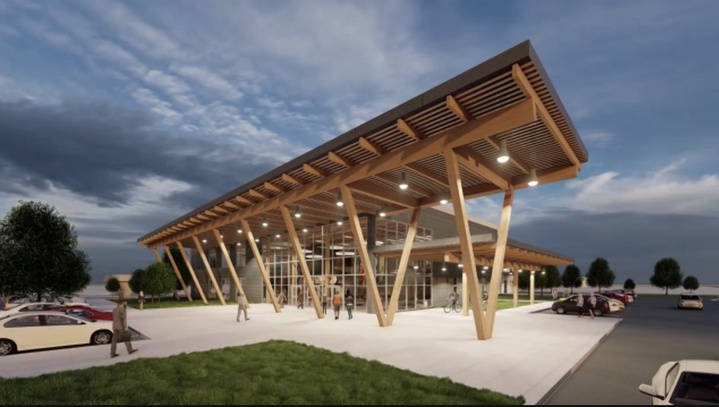 District 5 Supervisor Susan Masten pledged $500 while her District 2 colleague, Valerie Starkey, promised to “tell the story and promote the project.”

District 3 representative, Chris Howard, wanted to make the Board’s support official, asking “why wouldn’t we support a project like this.”

“We could honor that through a proclamation that will help support their vision so if the day comes when assistance or staff time is needed to help bring that to fruition, Board support will be in cement and we can give staff time and direction to support the future vision for our community,” he said.

The facility will seat 1,000 people, be situated between the band room and Washington Boulevard and would cost $42 million to build. Doors are scheduled to open in January 2028. Nick Rail has already established a partnership for the performing arts nonprofit bent on raising the funds needed for him to realize his vision. He and his wife have also donated the first $1 million toward the project.

“There is such a multitude of uses for the center,” Rail told supervisors. “Students will have a facility that transforms their educational experience and give an equal access to resources most others take for granted. The incredibly diverse local regional community will have a venue to showcase talents and support cultural richness. The area will experience an ongoing range of performing artists they currently must travel hundreds of miles to see.”

The performing arts center will also serve as an emergency evacuation center inside Crescent City limits that’s outside of the tsunami zone, Rail said.

Rail was a student at Redwood Union Elementary School in 1959 when the school started to offer band and his parents figured out how to buy him a trumpet despite his father’s meagre salary. Rail said he’s still friends with some of his former bandmates. 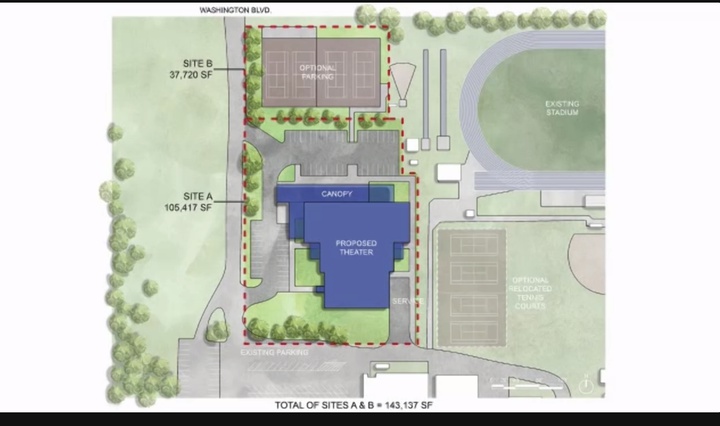 The performing arts center will be situated between the bandroom at Del Norte High School and Washington Boulevard. | Image Courtesy of Nick Rail

Rail went on to found a Southern California music retail chain with six stores, sold the business in 2019 and moved back to Del Norte County.

Rail said establishing a performing arts center that would offer a venue for students, the community and visiting performers is on his bucket list.

The Partnership for the Performing Arts entered into a memorandum of understanding with DNUSD, which is providing the land. The district’s director of facilities and maintenance, Steve Morgan, is overseeing the project, Rail said, and the nonprofit organization is working with PBK Architects and Jones and Jones Architects to design the facility. 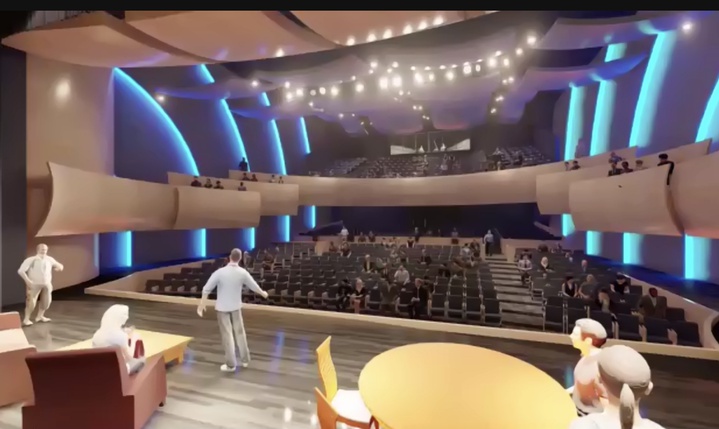 What a view of the stage could look like. | Image courtesy of Nick Rail

“The center will be a gift and an investment to the community not a drain on local resources,” Rail told supervisors. “The majority of funds will be coming from outside the city, outside the county and even outside the state.”

The Partnership for the Performing Arts has hired former First 5 Del Norte executive director, Angela Glore to pursue state and federal grants, Rail said. He added that the nonprofit organization will also reach out to Del Norte’s local tribes as well as private foundations and donors.

A side project spearheaded by former Del Norte High School music teacher, Christy Lynn Rust, is to compile a database of the roughly 12,000 alumni who live outside the county starting with those who graduated in 1950, Rail said.

The organization has also reached out to Brookings, which would “also love to have a performing arts center.”

Rust, who compared holding band concerts in the high school gym to listening to a bumblebee in a tin can, said she had to get creative and hold concerts outside to feel like her students got the most out of the work they put in to prepare for them.

Though Del Norte High School is more than 60 years old, band performances are still held in the gym, she said.

“Last spring I attended a music department concert in the same gymnasium and yet again the room destroyed all of the work they did. It was just clanging and clattering throughout the whole (performance),” Rust said. “We really need to do better. We need a performing arts center.”

Angela Stanley, a parent of three children, said her eldest, who is graduating from high school on Friday, received a brand new “Nick Rail Foundation saxophone that we were allowed to look at and not touch.”

“I really hope that the Board of Supervisors and Del Norte County and the city and everyone does everything they can to support the Nick Rail Foundation and the goal of giving Del Norte County a performing arts center the county deserves,” she said.