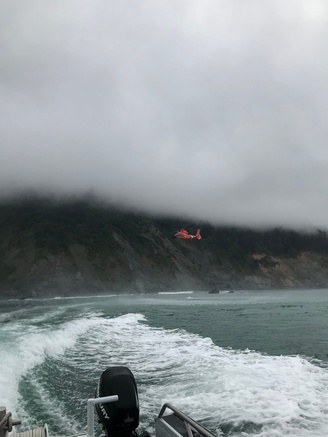 On July 21st at approximately 1030 AM, a capsized vessel with 4 victims aboard was reported in the ocean waters just outside of the mouth of the Klamath River.

A team of rescuers responded in a DNSO ocean rescue vessel that included California Highway Patrol, California Fish and Wildlife and the DNSO.

The vessel and victims were located and a joint rescue with a helicopter from the Coast Guatd took place.

A message from Sheriff Scott: This rescue operation was a great success and a true example of dedicated law enforcement, Coast Guard and Emergency Responders working together to conduct a rescue mission and save lives.