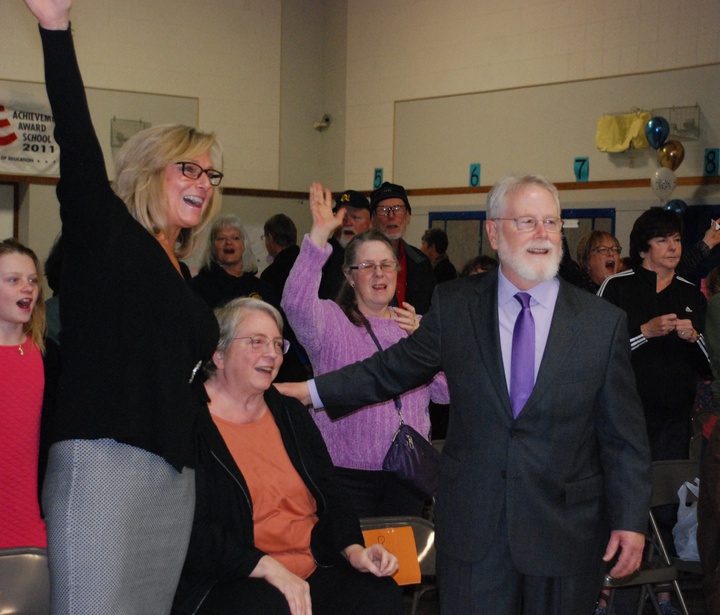 “Some of this stuff that he got for us is stuff I would never even dream of buying,” Sedgwick told the Wild Rivers Outpost on Wednesday. “There are a number of professional-quality horns versus student horns — a number of trumpets, flutes, saxophones in a tier I would never buy myself because, why would we? It’s really awesome.”

The Rails will make their “official No. 2” donation at Del Norte High School’s winter concert in the gym at 6 p.m. Thursday, Sedgwick said. The concert will feature performances by the steel drum, stage, beginning and concert bands as well as the Bella Voce and Madrigals.

Admission to the concert is free. People can also watch the concert via livestream at Del Norte High School’s Facebook page.

Before he became one of the largest retailers of musical instruments in California, Nick Rail grew up in Del Norte County, attending Redwood Union School in Fort Dick where he learned how to play the cornet.

Rail was reintroduced to Del Norte through Sedgwick, who frequented his Santa Barbara store and even worked for him. In Jan. 2020, the Rails had their first “ta-da” moment in 2020 when they unveiled their donation of 100 instruments at Mary Peacock Elementary School.

“His goal is to make sure we have enough instruments to serve the whole county if we need them,” Sedgwick told the Outpost. “Some of our instruments go back to the ‘70s (or the) ‘60s. This time it’s 150 brand new instruments.”

The Rails, who moved back to Del Norte County, started the Nick and Lisa Rail Music Fund at the Wild Rivers Community Foundation and, later, introduced the nonprofit Partnership for the Performing Arts with the goal of building a 1,000 seat auditorium at Del Norte High School.

They also pledged $50,000 for new stage lighting and $131,409 for new seats at the refurbished Crescent Elk Auditorium, which celebrated its grand reopening in November.

In October, speaking before the Del Norte Unified School District Board of Trustees, Rail said he and his wife plan to eventually donate 800 instruments to Del Norte students.