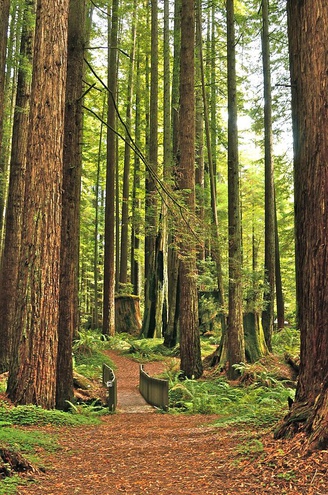 Following in Crescent City’s footsteps, Del Norte County will use a Proposition 68 non-competitive per capita grant to make improvements at one of its parks.

Using $400,000 in grant dollars, the county will replace the failing septic system at Florence Keller Park and expand the existing restrooms at its campground, according to the county’s staff report to the Board of Supervisors on Tuesday.

The county’s ultimate goal is to install new showers at the campground, said parks and building maintenance director, Allen Winogradov.

“We’re in the final processes of getting the contracts dealt with so we can send the project out to bid,” he told supervisors. “At that point we’ll be able to get the septic system out at Keller that has been failing for the past five years to something that is more manageable and we can hopefully include new bathrooms and showers with the system.”

Proposition 68, the Parks and Water Bond Act of 2018, made grant dollars available for local park rehabilitation, creation and improvement on a per-capita basis, according to Winogradov’s staff report. These funds were allocated to counties and park districts based on population with a minimum allocation of $400,000.

According to Winogradov, the county decided to spend its per capita grant on upgrades to Florence Keller’s septic system following several public meetings. Replacing the system was also No. 2 on the county’s capital improvement plan, according to his report.

The county submitted its grant application to the California Department of Parks and Recreation on Dec. 21 and is in the “final stretch,” according to the report.

Despite the ultimate goal being to install new showers at Florence Keller Park, Winogradov told supervisors that will be based on how much effluent can go through the new septic system.

“The ground out there is less than good — it’s clay-based,” he said. “We’re hoping once we get this going and get an engineer on board to design it, they’ll tell us exactly how much effluent we can put through the system. At that point, that will determine if showers are feasible. Showers are the plan unless it’s shut down by the ground.”

Crescent City received a $200,000 Prop. 68 per capita grant to go toward the expansion of Beachfront Park. In December, City Manager Eric Wier announced that the city had received a $5 million competitive Prop 68 grant to build a bike park, double the size of KidTown and create a mile-long wheelchair accessible path at Beachfront.

According to Winogradov, the county had also applied for the Prop 68 competitive grant, but was “edged out by the city” for this year’s award.