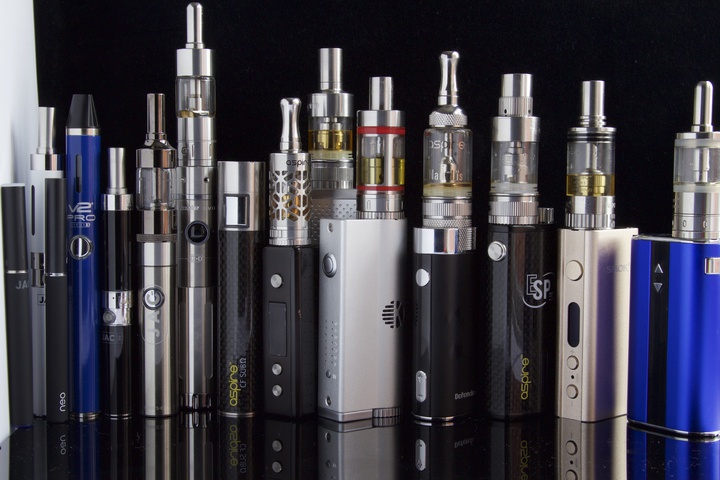 Though two of its members continue to argue that children having access to e-cigarettes is “not a city problem,” the Crescent City Council will move forward with the creation of a tobacco retail license.

Councilors, after a 3-2 vote Monday, directed Public Works Director Jon Olson to return with a model tobacco retail license ordinance they could tailor to reflect the city’s needs. A local tobacco retail license could include regulating the placement of advertising and signs and ban flavored vape pens within city limits, Olson said.

Despite Amber Wier, program director for NorCal4Health, stating that $1 million is spent each year on tobacco use prevention education in Del Norte County, Greenough said it seemed like education had fallen by the wayside over the last two years.

“It feels like making a drastic change, creating a new structure like this in order to head off some of these problems, it seems like a little bit of an overreaction when we’re not doing all we can to educate and enforce first,” Greenough said. “That’s not to say this isn’t a big problem. I do believe kids should not have access to tobacco products, vaping products, alcohol, marijuana — everything a kid shouldn’t be getting access to, they shouldn’t be getting access to. But it feels to me like we’re getting the cart in front of the horse a little bit creating more regulations on business locally when we’re not doing the other education and enforcement already.”

Greenough and Smith has been on an ad-hoc committee since the matter was first introduced in April 2021 researching the feasibility of a tobacco retail license.

According to Wier, despite efforts by the county’s Tobacco Use Prevention Program, or TUPP, Del Norte Unified School District’s Tobacco Use Prevention Education program and other local programs, vaping has increased in Del Norte Youth.
Vaping in seventh-graders jumped from 3 percent to 11 percent between 2015 and 2021, Wier said, citing California Healthy Kids Survey data. Vaping in Del Norte County 11th-graders has increased from 16 percent and 22 percent.

Wier also included statistics for “non traditional students,” who attend Castle Rock Charter School and Sunset High School. In that student population, vaping increased from 49 percent in 2015 to 58 percent in 2021.

Wier was also joined by members of Del Norte High School’s Standing Together Overcoming addiction with Radical Movement, or STORM, club. After interviewing their peers, these students told City Councilors that kids use vaping as a stress reliever. Their peers get vape pens from family members and friends, they said.

“All it takes is one older sibling being OK with it and then that kid becomes a dealer for everyone else,” one student said.

In addition to limiting product placement and advertising as well as banning flavors, tobacco retail licenses can also cap the number of businesses that sell tobacco products, Wier said. Many communities capped them at one per 2,500 residents, she said.

"As far as tobacco retailers, I believe we have 11 or 12 in Crescent City limits,” she told Councilors. “And if you look at how many retailers per 2,500, that’s about four. That’s if you’re counting the inmate population.”

According to Crystal Yang, TUPP’s health education coordinator, during the ad-hoc committee sessions, its members interviewed a few local tobacco retailers. Some retailers don’t have much of a say in where they place their products or what advertising should look like.

“One comment from a manager that stood out to me was, tobacco users know what they want and they know where to find what they’re looking for and they’ll ask for that particular product,” Yang said. “This manager didn’t feel that product placement and signage were a necessity.”

When Smith found out that the punishment for students getting caught with a vape pen is being sent to the office and their device being confiscated, he pointed out that they’re not 21 years old and an e-cigarette is a nicotine product.

“It’s against the law for them to have it,” Smith said. “Why isn’t a school resource officer getting called and someone getting into some trouble?”

Crescent City Police Chief Richard Griffin, who succeeded in getting a California Department of Justice Grant for a second school resource officer to focus primarily on tobacco issues, said he hopes that officer can begin cataloguing how often students are caught with those vape pens.

However, Griffin said, arresting someone for underage possession of a nicotine product would be an infraction only.

“Our rule is not to do enforcement at school,” Griffin told Smith. “We work with administration on that. There’s a lot of things that go into that — is it a first-time offense? A second-time offense? Is the student intoxicated? There’s a lot that goes into that.”
Wier also pointed out that even if a student is punished for having a vape pen it doesn’t address the reason why they’re vaping.

As for regulating vape flavors, Wier said in 2009 the Food and Drug Administration ruled that tobacco companies couldn’t sell flavored cigarettes because they were attracting underage smokers. Vapes hit the market in about 2010, she said.

“They didn’t know vape devices were on the horizon to have that language yet,” she said, referring to the FDA.

Greenough, however, said the issue for him comes when government infringes on the market. He initially argued that no one is outlawing alcohol or marijuana because children can have access to it.

Wier pointed out that she and her colleagues aren’t asking the city to outlaw tobacco or e-cigarettes, just make them less accessible to teens.

Angela Stanely, who has two children at Del Norte High School, said she understands that it’s not the city’s responsibility to fix schools, but they can help prevent youth from getting vape pens.

“If you get rid of blueberry and bubblegum and root beer flavored (vapes), you’re going to have far fewer students wanting to partake of these vape cigarettes,” she said. “I’ve seen with my own eyes ‘good kids’ using these vapes — students who are athletes, students who are in the music department, students who get good grades. These wonderful students are getting addicted to things specifically targeted to their demographics.”

David Gearhart, owner of High Tide Vapes, said that while he’s strongly against kids vaping, he’s opposed to a tobacco retail license as well. He noted that he already has a license through the state.

“A retail license is just putting double the charge on a retail establishment,” he said. “And getting fined twice because if you get fined locally, you’ll get fined by the state and the state’s already charged with what this money is supposed to go to, enforcement.”

Crescent City Councilor Blake Inscore took issue with both Greenough and Smith’s sentiments regarding a tobacco retail license. Inscore asked if Crescent City has a greater responsibility to protect the health of its citizens or to protect “big business.”

“I’m a firm yes on a tobacco retail license,” Inscore said. “If you guys can’t at least see that value in that, at the very least enact an ordinance to ban flavored tobacco in city limits.”

Wright, pointing out that California voters will consider a referendum in November to repeal legislation banning the sale of flavored tobacco products, said he’d rather focus on restricting signs advertising e-cigarettes and tobacco products.

Greenough proposed taking on the stipulations in a proposed tobacco retail license piecemeal, but Inscore wasn’t having it.

“It’s not enough from my standpoint,” Inscore said.