Redwood National and State Parks Recruiting 'Titaneers' to Help Protect the Grove of Titans; Volunteer Meetings Set for Next Week » 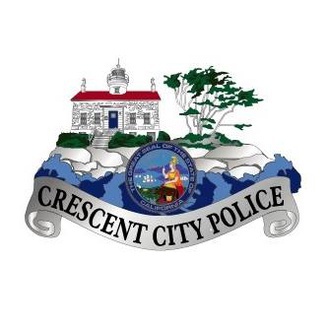 Crescent City Councilors signed off on a plan to offer $10,000 hiring bonuses as an incentive to recruit police officers wanting to relocate to the area.

The Council on Thursday unanimously approved the Crescent City Police Department’s lateral hiring program. In addition to offering a $10,000 hiring bonus, Councilors decided to increase a relocation assistance incentive from $2,000 to $3,000.

“If we want quality officers and we want them to live here — we want to get ‘em here — I’d be willing to go at least another $1,000,” said Councilor Beau Smith.

The Council’s decision follows their approval of a sponsorship program last week that pays for new recruits to go through the College of the Redwoods Police Academy in exchange for five years’ service with CCPD.

Under the lateral recruitment program, to receive the hiring bonus, an applicant to CCPD must have a basic POST certificate and one year of experience as a sworn police officer. They would receive $5,000 when they’re hired, $2,500 after completing their field training program and another $2,500 after finishing their probation, according to City Attorney Martha Rice.

A new CCPD police officer is on probation for about 12 months, City Manager Eric Wier said.

Field training typically takes 14 weeks to complete, though Crescent City Police Chief Richard Griffin said if a new hire went through a similar program at another agency that field training could be more of an orientation program.

“It’s hard to be competitive with Humboldt, Eureka and Arcata when they’re down there near the academy and they’re offering hiring bonuses, so this puts us on that level,” Griffin told Councilors, adding that he wants to attract one or two people from outside the county. “It’s a very attractive time to be (a police officer). In the U.S. everybody’s hiring.”

However, Mayor Pro Tem Isaiah Wright questioned if offering $7,500 before after a field training or orientation program and prior to the officer completing probation was “kind of a lot.”

Griffin said he based his lateral hiring program off of Humboldt County’s system. The Humboldt County Sheriff’s Office offers 50 percent of its hiring bonus up front and then “25 and 25,” he said, which is part of its attractiveness.

“Once somebody’s been to another agency and now they’re transferring, it’s pretty typical that you’re going to keep them at that other agency 3-5 years if not more ‘cause they want to go there,” Griffin told Councilors. “There’s still that chance that they may leave and it’s a sunk cost that we don’t get back. But in the world we live in today, it’s one of the chances we probably need to take.”

When discussing his academy sponsorship program, Griffin told Councilors last week that there were two vacant positions in his department, including one paid for through voter-approved Measure S dollars. A third position, also paid for with Measure S dollars, will be open in July, he said.

Under the academy sponsorship program, the city would pay for fees and tuition associated with attending the academy as well as housing and food costs, a total of about $9,693. A new CCPD officer would also be paid an hourly wage of $18.02 an hour plus benefits when they’re hired, about two months before the academy, and while they are attending the academy.