DNSO Arrests Subject Who Barricaded Himself, Child in an RV 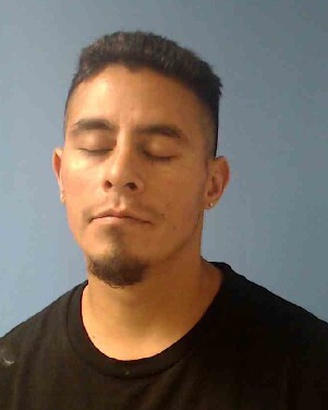 Upon the Deputies arrival Pastrana barricaded himself and a young child inside the RV and refused to come out.

California Highway Patrol, Crescent City Police Department, Del Norte Probation and Pelican Bay CRT were called upon to respond to the scene to provide back up.

The child was released from the RV to Law Enforcement on scene and sustained no injuries during this incident.

Law Enforcement on scene were able to peacefully negotiate with the suspect. He exited the RV and was taken into custody.

Pastrana was transported to the Del Norte County Jail where he is currently being held on a 500,000$ Ramey Warrant that includes the charges of: PC 664/187: attempted murder, PC 245(A)(4):Assault by means likely to produce great bodily injury, PC 12022.7:Assualt with great bodily injury, PC 273.5: Felony domestic violence and PC 236: False Imprisonment.

A message from Sheriff Scott: A big thank you to all the agencies who assisted in todays arrest!

I would also like to commend Deputy LeAnn McClaflin and the Del Norte District Attorney Office on an outstanding investigation and in conjunction to bring this criminal to justice.