« Despite Theft Charges Janell Howard Is The Brookings City Manager 'On A Leave of Absence,' Officials Say 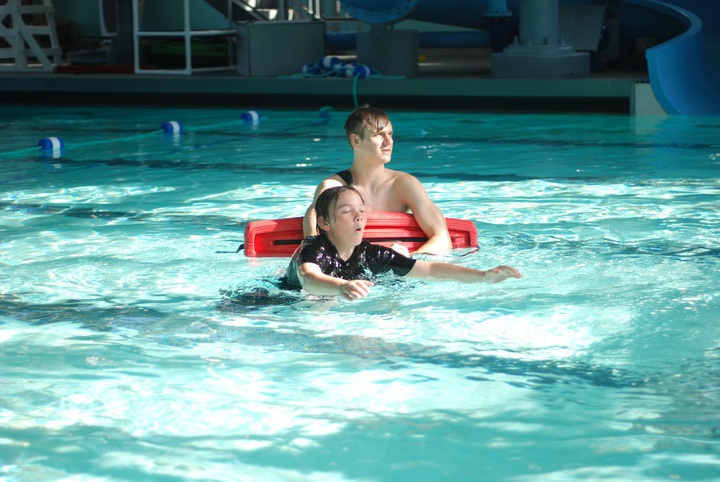 Residents can take advantage of a free recreational swim session at the Fred Endert Municipal Pool on Saturday afternoons courtesy of the Del Norte Healthcare District.

The Healthcare District is also partnering with Crescent City to offer pool passes to 20 low-income seniors per month, though they and the city are still finalizing the details, said Ashley Taylor, the city’s director of economic development and recreation. Taylor said she anticipates being able to start the senior swim program in September.

“Every first of the month we will take new applicants for free passes that month. It will be on a rolling basis,” Taylor told the Wild Rivers Outpost on Thursday. “The goal of that is to allow for individuals who have not had a free pass to have the opportunity. It will be on a first-come first-served basis for up to 20 seniors who are low income each month.”

The Del Norte Healthcare District set aside $45,000 last year to offer free group swim lessons. According to the district's chair, Dr. Kevin Caldwell, he and his colleagues made this decision after learning the city was looking at raising its prices.

Funded by property taxes, the Healthcare District's first big project was building the Del Norte Wellness Center at Washington Boulevard and Northcrest Drive, according to Caldwell. Now that the loans and debts associated with that project have been paid off, the Healthcare District is looking for other local programs to help fund that contribute to the community's overall health and wellness, he said.

With the swim lessons, Caldwell said he and his colleagues were thinking of those who wouldn't be able to afford the new fees. That program was so successful, he said, the Healthcare District began to think about those who may get priced out of the pool's recreational swim sessions.

"There was a lot of input about low-income seniors who really like going to the pool, but they struggle with being able to buy the pass each month," Caldwell told the Outpost. "It was the same thought — it was important for health, it's part of our mission and it's within our budget. So we OKed the senior passes and the recreation swim for a year and then we renewed the swimming lessons for a year."

The Healthcare District is still sponsoring swim lessons, Taylor said, increasing their contribution to $50,000 this year. This also includes sponsoring marketing efforts to raise community awareness about the pool.

According to Taylor, the Healthcare District’s contributed about $11,700 for the free recreational swim session on Saturdays.

As for the senior swim passes, the Healthcare District decided to set the income eligibility requirement at 300 percent of the federal poverty rate, Caldwell said, which is about $50,000 a year.

"It's a lot, but they may struggle for spending $50 a month on a pool pass," he said. "The idea was we needed a cap and if it's wildly successful and goes well beyond that, I'm sure we're just going to up the cap."

“The city is really impressed with the commitment from the Healthcare District and its board members,” Taylor said. “They’re very committed to ensuring the health of community members and providing access to the pool. The city has very much valued that partnership.”