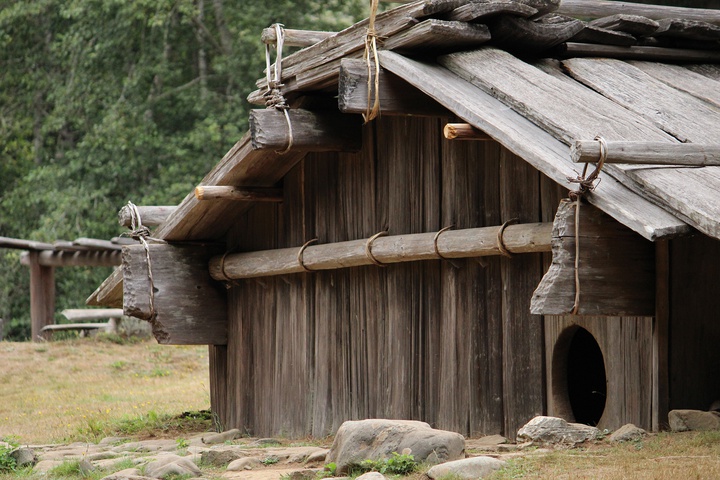 Today, the California State Parks and Recreation Commission unanimously approved the Yurok Tribe’s request to change the name of Patrick’s Point State Park to Sue-meg State Park, an acknowledgement of the designation the Yurok people have always used to describe the place.

“This genuinely historic decision represents a turning point in the relationship between tribes and the state. We asked the Commission to alter the name of the park because we have an obligation to ensure the next generation inherits a more just world,” said Joseph L. James, the Chairman of the Yurok Tribe. “On behalf of the Yurok Tribe, I would like to thank the Commission for accepting our request to restore the name of this important part of our ancestral territory. We are equally grateful for the support we received from California State Parks and North Coast Redwoods District Superintendent Victor Bjelajac. I’m so glad that Sue-meg will now be referred to by its correct name.”

“We would not be able to achieve this amazing accomplishment without the generations of Yurok people who sacrificed so much to maintain our indelible connection to Sue-meg Village. I also appreciate the hundreds of community members who asked the Commission to vote in favor of the name change,” added Yurok Tribal Council Member Sherri Provolt, who represents the Orick District. “Sue-meg has been and will always be an important place for every Yurok citizen, many of whom have familial ties to the village dating back to the beginning of time.”

“The Yurok people have always referred to this place as Sue-meg and now it will forever be called its correct name. We continue to practice our cultural traditions at Sue-meg just as our ancestors did for millennia,” added Rosie Clayburn, the Yurok Tribal Heritage Preservation Officer. “For me, the decision represents an acknowledgement of an injustice that we have endured for 170 years following the colonization of our ancestral homeland. Renaming the park is an important step toward healing the wounds the state inflicted on our people.”

Based on the government-to-government relationship between tribal nations and the state, the Yurok Tribe requested and received an extended period of time for Chairman James to inform the Commission about why the park should be renamed. At today’s meeting, Chairman James described in detail the Tribe’s longstanding link Sue-meg Village, which occupies a prominent bluff on the far Northern California coast. Located in the general vicinity of the park, the village of Sue-meg is a culturally invaluable place for the Yurok Tribe. Every year prior to the pandemic, Yurok families held Brush Dances at a site within the current park boundaries. Hundreds of tribal citizens typically attend the healing ceremony. Many ceremonial leaders attended today’s meeting to voice their support the name Sue-Meg State Park.

“I will feel a lot better working in the park now that it is called its Yurok name, its original name,” said Dr. Walt Lara Sr, who managed the construction and maintenance of the ceremonial site at Sue-meg.

The park’s former namesake, Patrick Beegan, committed acts of violence against Yurok people. Around the time of the Gold Rush, Beegan murdered a young Yurok boy near Chue-rey (Tsurai - Trinidad) area and is believed to have killed additional tribal citizens. During this tumultuous part of the Tribe’s history, Yurok men, women and children faced unspeakable, state-sanctioned violence over the course of decades.

The renaming of the park aligns with a growing movement to remove public monuments bearing the appellations and likenesses of individuals who perpetrated atrocities against people of color. Since May of 2020, more than 100 symbols have been eliminated from numerous cities across the US. Earlier this month, California Governor Gavin Newsom signed a bill — proposed by Assemblymember James C. Ramos and endorsed by the Yurok Tribe — to replace the statue of father Junipero Serra at the Capitol with an art installation that honors the many tribal nations in the state.

California Governor Gavin Newsom’s 2019 Executive Order N-15-19 also played a positive role in the state park name revision. The historic order included an apology for the state’s role in the attempted genocide of Native Americans and a pledge to work more with Tribes on addressing the wrongs of the past. The Governor also formed a Truth and Healing Council and appointed tribal leaders to serve on the advisory board. Yurok Vice Chairman Frankie Myers was selected to be a member of the Council, which seeks to create an accurate account of California’s involvement in the massacre of indigenous people, so that the relationship between tribes and the state may one day flourish. The comprehensive record will serve as a sturdy foundation from which to mend the relationship between tribes and the state.

“The partnership between the Yurok Tribe and North Coast Redwoods District Superintendent Victor Bjelajac is a shining example of how state governments can work with tribal nations to create a more inclusive and prosperous future for generations to come,” concluded Chairman James.

The Yurok Tribe is the largest Tribe in California with more than 6,300 members. The Tribe’s ancestral territory comprises 7.5 percent of the California coastline, spanning from the Little River to the south and Damnation Creek to the north. The Tribe’s major initiatives include: holistic forest management, fisheries protection, restoration and management, Klamath dam removal, condor reintroduction, natural resources conservation, cultural preservation, sustainable economic development and land acquisition.