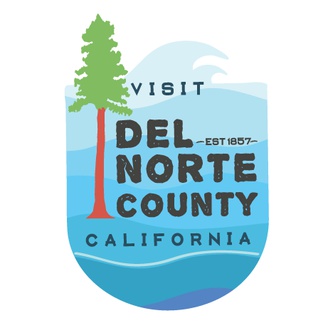 Following a presentation showing an increase in bed tax collections in three out of four quarters last year, county supervisors on Tuesday granted a Del Norte County Visitor Bureau request to up its allocation by $30,000.

But though he approved the request, District 4 Supervisor Gerry Hemmingsen asked if Crescent City would follow the county’s example, pointing out that its transiency occupancy tax revenues outweighs what Del Norte County takes in.

“They make way more than we do and that is a direct benefit of this investment,” he said. “I’m not opposed to the investment and I’m not even opposed to any part of it other than the fact that I think the request in increasing funding should be made to both entities since we both benefit.”

The Board of Supervisors’ unanimous vote increased the county’s annual contribution to the Crescent City-Del Norte County Chamber of Commerce to $114,340 with $94,340 going to the Visitors Bureau, according to a letter from Executive Director Cindy Vosburg.

Previously, the county allocated $84,340 to the Chamber and Visitors Bureau with $62,340 going toward the Visitors Bureau, according to Vosburg. The county’s $22,000 allocation to the Chamber of Commerce is used to operate the visitors center housed in the Crescent City Cultural Center, according to Vosburg.
During fiscal year 2020-21, Del Norte County’s transient occupancy tax collections increased in three quarters.

TOT was down about 10 percent during the first quarter of 2020-21 due to the pandemic, according to Lynnette Braillaard, of LuLish Design, the agent of record for the Chamber and Visitors Bureau.

“What’s really important to note is we were also up 63 percent over Q4 of ’18-19, which is when we had no pandemic activities,” Braillard told supervisors. “This shows the result that our marketing campaign was getting people to come to Del Norte County last year.”

In her letter to supervisors, Vosburg said the increased Visitors Bureau allocation would continue to pay for marketing to “bring the next new visitor to Del Norte County.” This includes running ads in the state visitors guide, Visit California, as well as via Google and social media platforms.

According to Braillard, the Visitors Bureau is currently working on increased public relations, targeted video campaigns and is coming out with a new tri-fold visitors guide.

“We are investing a lot more into public relations, which means a lot more pitching,” she said. “We also have professional software where we’re sending out media alerts and building our contact database with writers and sharing information with them on our seasonal attractions and businesses and what we have going on.”

Visit Del Norte also works with the North Coast Tourism Council, which also includes visitor bureaus in Humboldt, Mendocino and Lake counties, to market the region as a whole.

Hemmingsen continued to call for an equal contribution from the city, asking if the Visitors Bureau made a similar request.

“I don’t like the direction this is going, separating the city and county, when both entities benefit from the Visitors Bureau and the chamber,” he said. “To not request funds from both at the same time is the wrong direction.”

“That costs money and we all benefit,” she said. “To Supervisor Hemmingsen’s point, that’s absolutely the right thing for the Chamber and Visitors Bureau approaching the city, but they’ve approached us first. I believe in them. I believe in what they’re doing and we’re seeing rewards from the money that we’re putting into this.”

“The city’s contribution, when you add the in-kind along with the $72,000 we put in annually, the city has been contributing more to this process than the county has,” he said. “I don’t know that there’s ever been a time when we have indicated that somehow we feel the county’s not paying their fair share.”

Inscore noted that the Visitor Bureau’s marketing efforts extend beyond Crescent City limits. He mentioned a previous statement from Ashley Bowers in Klamath who said that community has seen an increase in tourism traffic.

“I will say on behalf of the city, we are also expanding our own marketing because of the fact that we have chosen to market all of Del Norte County,” Inscore said. “The city is entering into a contract with Lynette Braillard and LuLish and is investing another $24,000 to invest in Crescent City.”

Board Chairman Chris Howard noted that there was a historical disparity between the city and the county when it came to transiency occupancy tax revenues. There were more hotel beds within Crescent City limits and very few within the county, he said.

But this has changed in the last 10 years with the rise of vacation rental businesses in the area, Howard said. Those vacation rentals and the marketing the Visitor Bureau does has paid off,  he said.