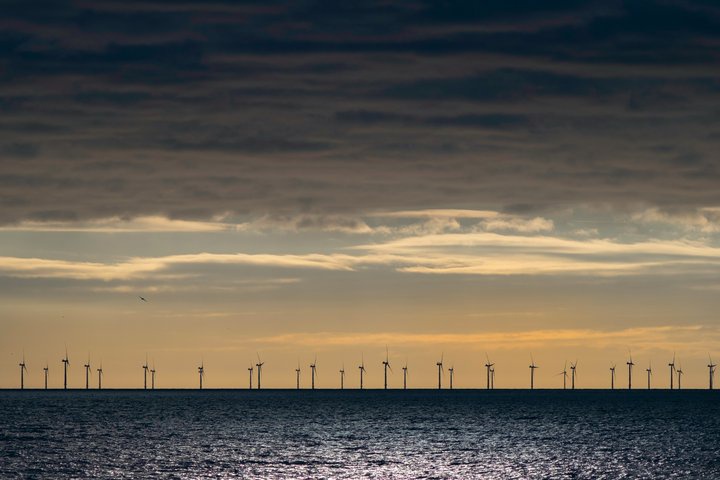 Photo by Zoltan Tasi on Unsplash.

With new state and federal directives fueling wind energy development off the Humboldt County and Central California coast, a local joint powers authority is working to ensure Del Norte County is next in line.

The new organization is seeking to partner with private companies that could help fund and build offshore wind turbines and the infrastructure to handle the energy they produce, according to Crescent City Harbor District Board President Brian Stone.

“It’s my understanding that within two years, BOEM will do a call in this area and we’d like to be a part of that,” he told the Wild Rivers Outpost on Friday.

Stone cited Governor Gavin Newsom’s approval last week of Assembly Bill 525, which directs California agencies to develop a strategic plan to facilitate the development of offshore wind on a large scale over the next 20 years, as one reason to push for offshore wind production in Del Norte.

Local interest in offshore wind in Del Norte County also comes after BOEM in July issued a Call for Information and Nominations for commercial offshore wind energy development in Humboldt County and in Morro Bay.

BOEM designated more than 206 square miles off the Humboldt County coast as a wind energy area, paving the way for environmental review “associated with issuing wind energy leases,” according to a July 27 BOEM press release.

The major player in Humboldt County is Redwood Coast Offshore Wind, or ROW, a joint venture between private developers Ocean Winds and Aker Offshore Wind and the Redwood Coast Energy Authority, which consists of nine government entities in Humboldt.
The Del Norte Energy Alliance hopes to create a similar venture with other interested companies, Stone said.

Stone and his colleague on the Harbor District and Tri Agency boards, Wes White, have explored the potential for offshore wind energy production in Del Norte County for about five years. This includes commissioning a study from Humboldt State University’s Schatz Energy Laboratory finalized in May 2021, which concluded that while there is a “substantial wind resource” that could be developed off the Del Norte coast, a more detailed feasibility analysis was recommended.

According to White, the National Renewable Energy Laboratory determined that 6.6 gigabytes of power could be generated by offshore winds in Del Norte County. This, he said, is compared to 1.8 gigabytes in Humboldt County and 3.4 gigabytes in Morro Bay. Del Norte County’s greatest challenge, however, comes in transporting the energy out of the area, White said.

In its feasibility study, the Schatz Energy Lab concluded that a wind farm off the Del Norte Coast would likely have to export its energy out of the region, however infrastructure upgrades would be necessary for that to happen.

Schatz’s study further concluded that though the Crescent City Harbor isn’t suited for supporting offshore wind turbines, it owns 4,200 surface acres of land and water that could build the needed infrastructure.

In an Aug. 5 letter to CAISO, the Tri-Agency urged the nonprofit public benefit corporation to study the transmission of wind power out of Del Norte County. The Tri-Agency included maps showing four potential transmission corridors using existing transmission lines and discussed what upgrades would be necessary for them to carry the additional electricity.

According to Stone, the local infrastructure would have to be upgraded to handle the load that may come out of offshore wind production. For Del Norte County, one possible method of transmitting power to the market is via transmission lines heading east into Oregon, he said. Those lines would then tap into the main north-south transmission corridor east of Yreka, Stone said.

Both Stone and White say they’re excited about the economic development offshore wind production could bring to Del Norte County. According to Stone, though the Crescent City Harbor District currently lacks the infrastructure, wind energy production could generate revenue through landing fees as well as benefit payments to the community.

There’s also the potential for jobs, Stone said, though there are no specific numbers yet for how many. The Crescent City Harbor could be used as a hub for maintaining the wind turbines, he said.

White noted that he and Stone envision the wind turbines to be on floating platforms anchored to the seabed by a cable. They would be 25 miles offshore directly west of Crescent City, he said, out of the way of most commercial fishing in Del Norte County. However, White said, that the Del Norte Energy Alliance also wants to hear from fishermen.