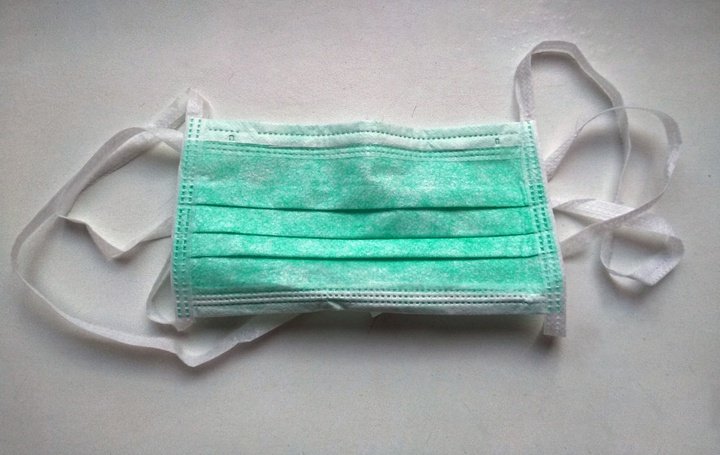 Dr. Aaron Stutz will extend a mask mandate in Del Norte County workplaces and public settings, stating that a downtrend in COVID cases has leveled off and the vaccination rate slowing since the last surge has slowed.

Most Del Norte County supervisors cried foul at this decision, stating that while they personally don’t mind wearing masks and the public health officer’s logic makes sense, they felt he “moved the finish line.”

“This is going to be super frustrating for our community,” District 2 Supervisor Valerie Starkey said Tuesday. “We had a masking order. We did what we were supposed to do. We got those numbers down. We got our hospital under control. We were told when we did that, this would be lifted. Personally, I’m fine wearing a mask. I’m totally OK with it. But there are a lot of people out there that aren’t. I feel I have to speak up and voice their concerns as well.”

Though there’s only one COVID-19 patient in the hospital as of Tuesday, Del Norte County saw a 26 percent increase in the number of coronavirus cases from Oct. 18-24 over the previous week, Stutz said. He attributed that bump to cold and rainy weather that drove people indoors, saying that cases were higher than they were prior to the surge, which hit its peak in mid-August.

Stutz said he had been speaking with his colleagues in Humboldt, Trinity and Siskiyou counties about coming up with metrics that would fuel their decision about whether to mandate masks. His two metrics, he said, were the tier designations assigned by the U.S. Centers for Disease Control and vaccination rates.

Due to a general downtrend in cases over the last month, the U.S. Centers for Disease Control and Prevention assigned Del Norte County to its orange, or substantial tier, the county’s public health officer told supervisors Tuesday. Stutz said that was one of his targets for lifting the local mask mandate, but he doesn’t think that designation will stick.

Moreover, the county’s vaccination rate is currently just shy of 50 percent, Stutz said. It had been climbing by about 1 percent a week since the summer, but has since tapered off, he said.

Starkey wasn’t the only person who said they felt Stutz moved the finish line. Her District 1 colleague, Darrin Short, asked the public health officer what would happen if Del Norte County didn’t meet the vaccination metric to his satisfaction.

Stutz said this was something he’d been struggling with for several weeks. He pointed out that a mask mandate is not a stay-at-home mandate. If Del Norte County doesn’t meet the 55 percent vaccination rate he wants, Stutz said he’d be “bummed out.”

“If you have any question about how well the vaccine works or does not work, look at counties that are in the yellow tier in California, Stutz said pointing to the CDC’s moderate transmission tier. “Those have vaccination rates in the 70-80 percent (range). Counties that have low transmission rates are rural and don’t have much population to transmit the virus or they have high vaccination rates.”

The two counties closest to Del Norte County to be in the CDC’s yellow, or moderate transmission tier are Sonoma and Napa.

Board of Supervisors Chairman Chris Howard, pointing out that Stutz didn’t need approval from him and his colleagues to continue his mask mandate, said he didn’t think it was unreasonable to seek their support.

“I know we’ve gone through two months of a very scary time for our community and we’ve seen a course correction, which has been positive in nature,” Howard said. “We’ve turned a corner. Having that support by the Board, I know is not needed for you to do these mandates, but I would hope the Board understands your logic.”