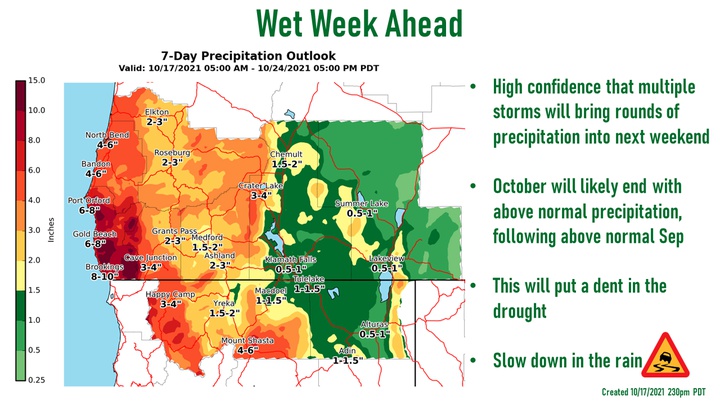 Rain forecast for Southern Oregon. | Graphics from the NWS

A series of storms are expected to drop several inches of rain in Del Norte and Curry Counties this week.

The first round of rainfall begins tonight, as La Niña conditions have officially developed in the Pacific. 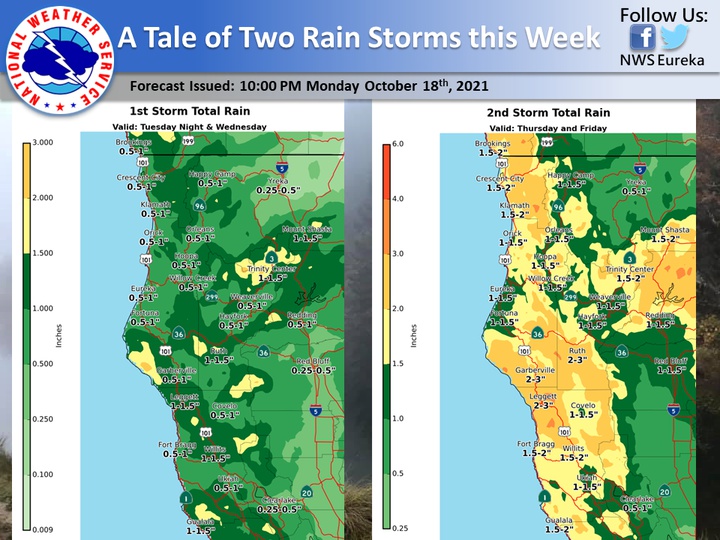 These storms will bring the first significant rainfall of the La Niña season, which NOAA announced last week, is already underway.

“La Niña conditions have developed and are expected to continue with an 87 percent chance of La Niña in December 2021 - February 2022,” NOAA stated.

A high wind advisory also goes into effect tonight for Del Norte and Curry Counties. Southeast winds between 30 and 40 mph and gusts up to 60 mph will be possible until 5 a.m. tomorrow. 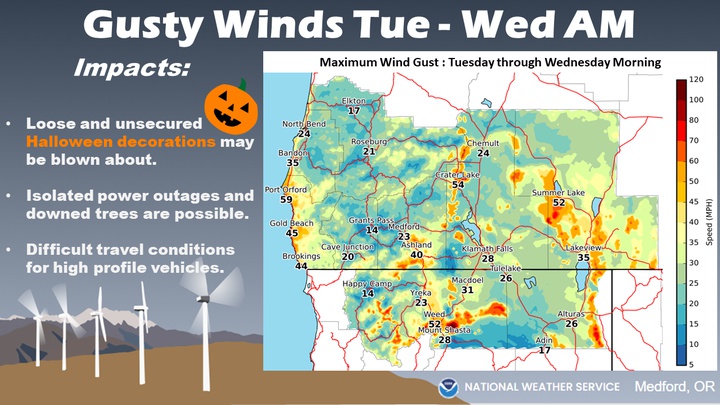