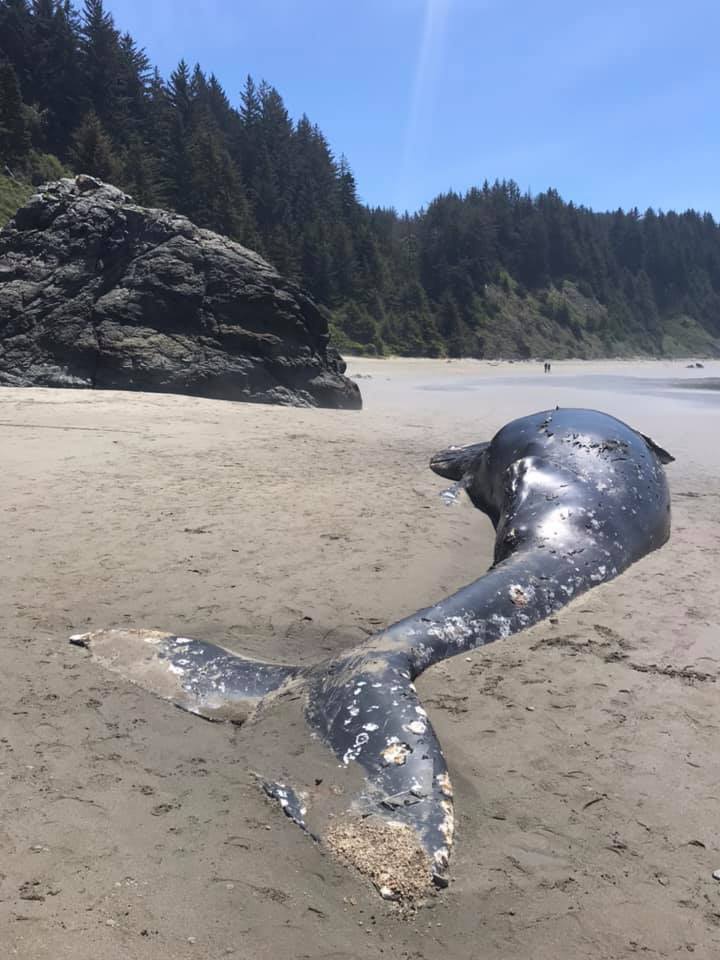 Photos of the whale by David Lovell.

After responding to the scene and examining the animal, Rice tells the Outpost whale is a 34-foot long juvenile gray whale.

Contrary to the initial report, Rice added that the whale is male.

"It has signs of recent killer whale bites on the head, the pectoral flippers and tail — although it’s unclear whether an attack was enough to account for its death," Rice Said. "The top or dorsal side of the body is buried in sand so a complete examination could not be done."

Whale expert Jeff Jacobsen based out of Humboldt County, Calif., told the Outpost that the carcass is that of a male gray whale.

“It looks fairly fresh — no obvious injuries — though I can't see the back side where many boat strike marks occur,” Jacobsen said. “There are large barnacles on it's nose, too big and too many for it to be this year's calf. There also are scars from dislodged barnacles on it's flukes and body so it’s at least a year old.”

Oregon Stranding Network Program Manager Jim Rice responded to the scene to take measurements and samples from the dead whale.

The Outpost has reached out to Rice for more information and is awaiting a response. 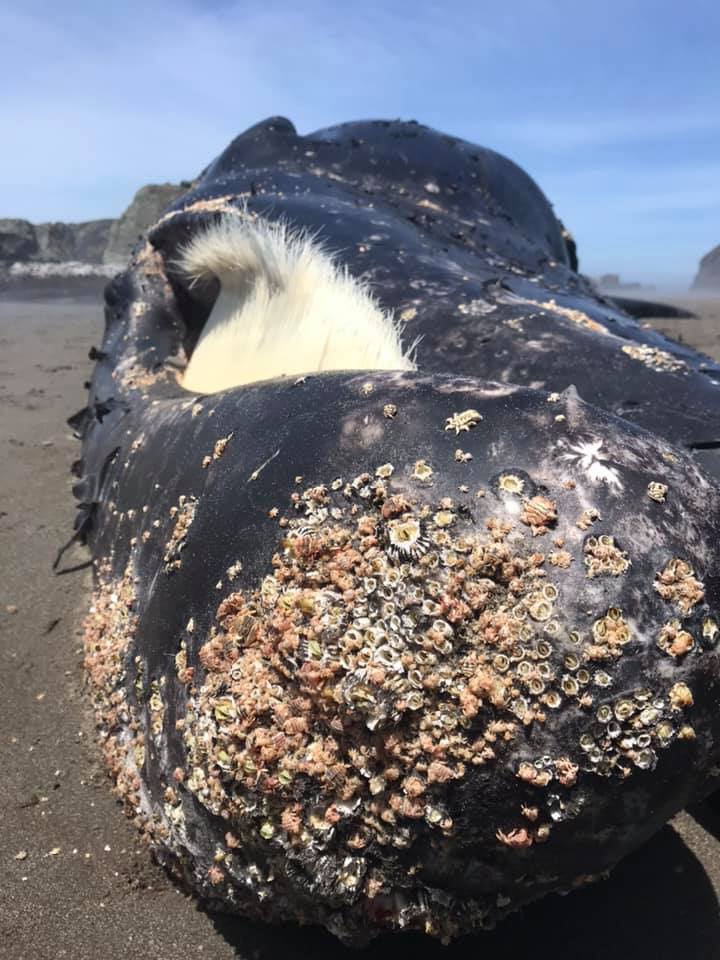 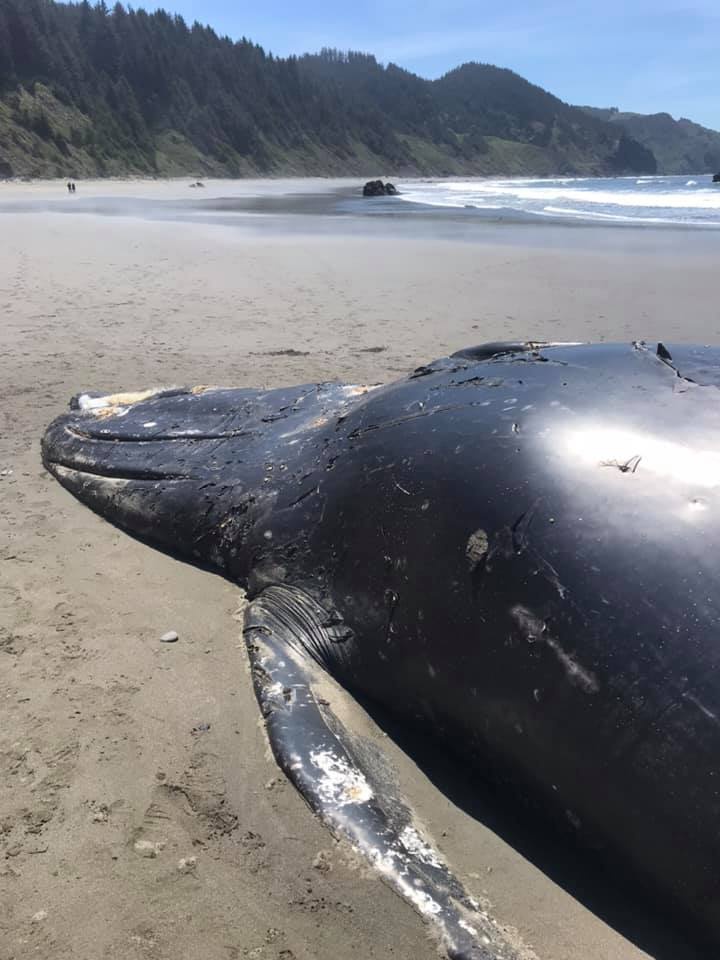