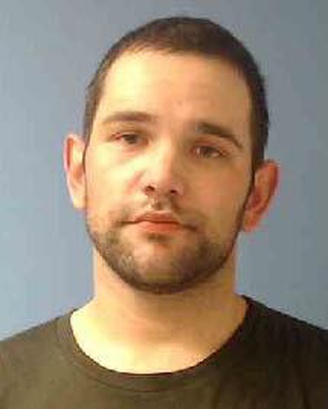 Crescent City police officers arrested Skyler Stewart, 29, Friday in connection with a May 24 domestic violence incident in which he allegedly struck the victim's face and set fire to her blankets.

During the arrest Stewart was also found to be in possession of a controlled substance, a violation of 11377 HS. Stewart is also facing other charges stemming for violating terms of his probation.

On 5-24-21 Officers from the Crescent City Police Department responded to a report of possible domestic battery in the 1000 block of North Highway 101. Upon arrival CCPD Officers contacted the victim and learned that the suspect, Skyler Stewart (age 29) had attacked the victim in her sleep. The victim was woken up by being struck in the face several times by Stewart, who was also making threats to kill her. Stewart then used a handheld torch to light a blanket on fire that the victim was underneath of. The victim was able to get away from Stewart and put out the fire. Stewart also took the victim's cell phone during this incident by forcefully taking it from her possession so she could not call 911.

CCPD Officer have established probable cause to arrest Stewart for Attempted Homicide 664/187 PC, Corporal Injury to a Spouse 273.5 PC, Criminal Threats 422 PC, Arson 451 (d) PC, and Robbery 211 PC. Currently CCPD Officers will be working with the Del Norte County District Attorney on this investigation as we continue to gather information and seek an arrest warrant.

Stewart currently has an active warrant for his arrest for violating terms of his probation. If you see Stewart or know where he may be, please contact dispatch at 707-464-4191. You can also send a message to our Facebook account or use the online reporting form located at https://www.crescentcity.org/Police-Form.