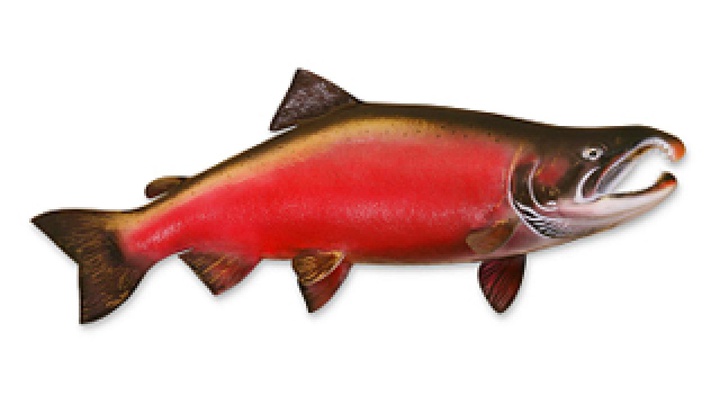 The Karuk Tribe has petitioned the California State Water Resources Control Board to curtail water use in the Scott River to protect endangered coho salmon. Illustration courtesy of UC Davis

The Karuk Tribe filed a petition with the California State Water Resources Control Board on Wednesday seeking to stop the use of Scott River water to prevent coho salmon extinction.

From a Karuk Tribe news release:

Today the Karuk Tribe filed a formal petition with the California State Water Resources Control Board demanding that it use its emergency powers to curtail water use in the Scott River to prevent the extinction of the Southern Oregon- Northern California Coho Salmon (Coho). “The worst water conditions in history led federal agencies to shut off 1,300 farms in the Upper Basin, but in the Scott Valley water users continue business as usual,” said Karuk Chairman Russell ‘Buster’ Attebery. “They are dewatering the last stronghold of Coho salmon in the Klamath basin driving them to extinction.”

The Scott River is home to most of the native Coho salmon left in the Klamath Basin. Coho were added to the endangered species list in 1997. While federal agencies have forced water users on the federal Klamath Irrigation Project along the California/Oregon border to allow downstream flows to protect the fish, other water users’ impacts have been ignored. “Coho need water in the main-stem Klamath to migrate to the ocean and back, but they need spawning and rearing habitat in the Scott River too,” explains Karuk Senior Biologist Toz Soto.

Hydrological conditions in the Klamath River Basin are the worst in modern history, although in recent years this has become an all-too-common refrain. Ecosystems and economies all along the California/Oregon border are strained to their breaking point. A massive fish kill is currently underway in the Klamath River that could result in losing an entire generation of Coho and Chinook salmon.

On May 10, 2021, Governor Newsom expanded California’s drought emergency declaration to include the Klamath Basin. This granted the Water Board the authority to regulate water use to protect threatened fisheries, but so far the Board has failed to act.

Scott Valley water allocations were defined in a 1980 adjudication, but most of the Valley was not included in the decree. “The adjudication failed to include most of the land in the basin. Over 200 industrial wells have been drilled since with no regulatory oversight. They literally pump the river dry from underneath,” explains Karuk Council member and traditional dip net fisherman Troy Hockaday.

The Karuk Tribe is committed to restoring the fisheries that sustained their ancestors for countless generations. “The fish took care of us through good times and bad times since time immemorial,” concludes Attebery. “We are obligated to do the same for them. It’s time for the Water Board to do its job and protect the Scott River and the fish that depend on it.”

Environmental Law Foundation, which itself has a decade-long history of advocating for a healthy Scott River, is representing the Tribe. “The State Board has the authority and the duty to act and to act right now. We urge the Board to use its well-established power under state law to protect flows in the Scott,” said ELF’s Executive Director, Nathaniel Kane.