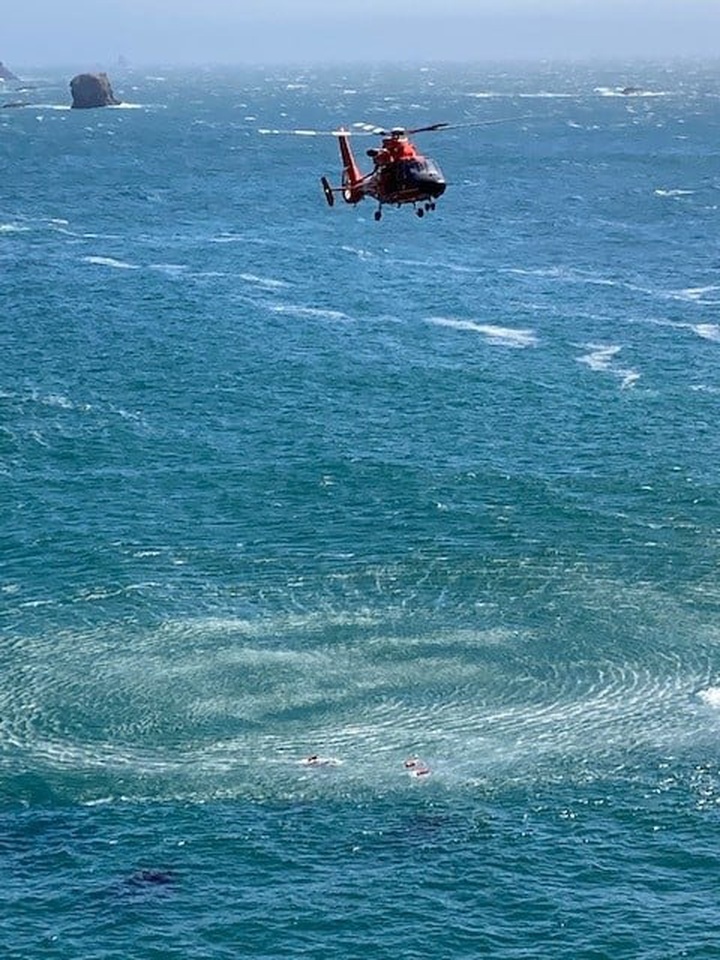 Photos of the recovery provided by the Curry County Sheriff's Office.

Sheriff’s Sergeant Maia Mello arrived on scene and contacted the caller, Kim Maloy, a family member who told Sergeant Mello that her sister-in-law, 60-year-old Glenda Tucker from North Carolina, had fallen about 300 feet from a cliff into the ocean and that Maloy’s husband was stuck on the side of cliff trying to get down to where Tucker was. 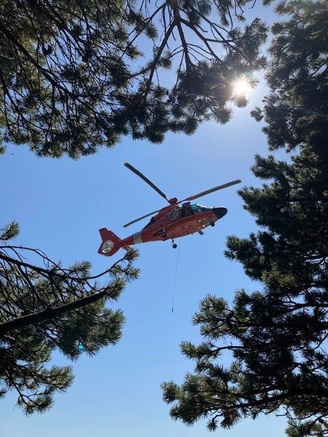 Sergeant Mello got to the location and from her vantage point saw Tucker floating face down in the cove area and notified dispatch that the female victim, Glenda Tucker was deceased. Due to the location Tucker was at in the water below, a request was made to the Coast Guard for a helicopter and a swimmer to recover Tucker.  In the meantime, the Sheriff’s SAR rope team and swimmers prepared to make the recovery in case the Coast Guard were not able to.

Trained first responders secured a safety line to a tree and descended to where James Maloy was and were able to get him back to safety. 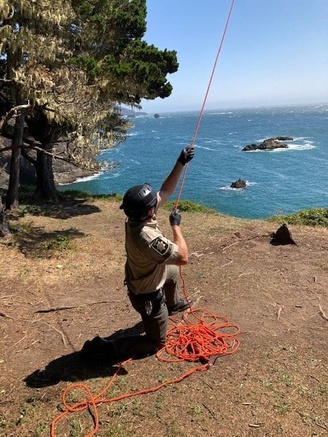 The Coast Guard Helicopter arrived and determined they could lower a swimmer outside the cove area where Tucker was and have the swimmer bring Tucker back outside of the cove to be hoisted to the helicopter. The Coast Guard rescue swimmer had to swim about 200 yards to reach Tucker. Once the rescue swimmer had Tucker back outside the cove, she was hoisted up and delivered a short distance away to SAR members and other first responders near where she had fallen from.  Tucker was carried up the trail to the parking lot and was released to Redwood Memorial from Brookings.

The Curry County Sheriff’s Office sends our condolences to the family of Glenda Tucker and thanks to the other agencies that responded to help. 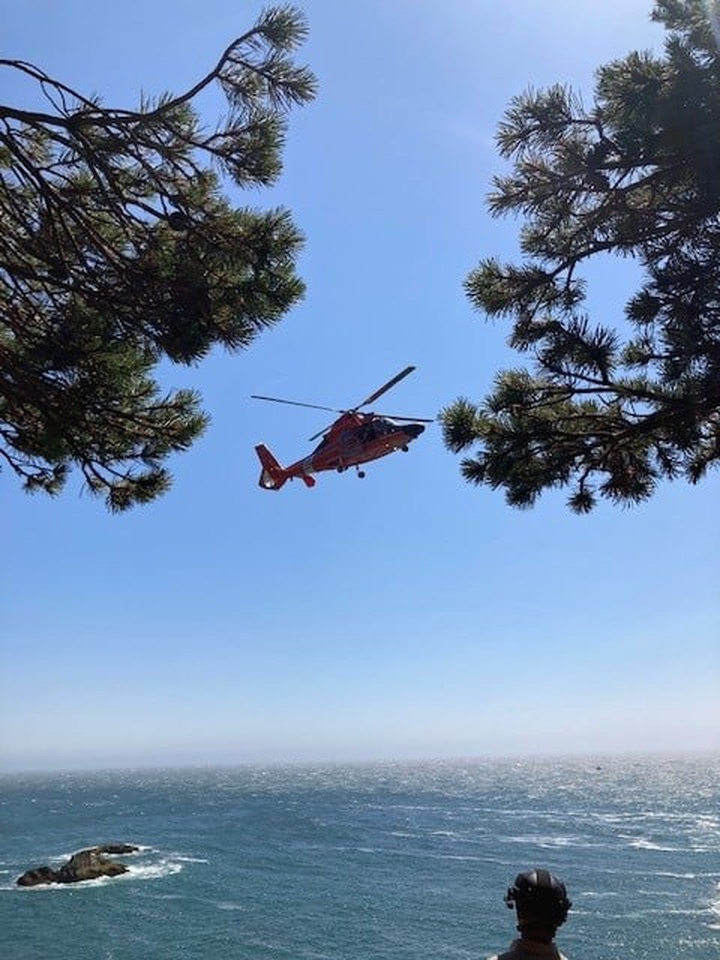