After Distinguishing Himself At The Regional and State Levels, Del Norte High School Music Student Will Participate In National Honors Ensemble 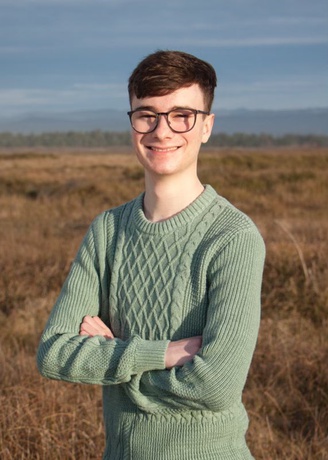 Pamplona Da Silva will take part in the National Association for Music Education 2020 All-National Ensembles virtual event Friday and Saturday, according to a NAfME news release. The event will include rehearsals and workshops culminating in a final recorded performance that will premier in March during the association's Music In Our Schools event.

"All-National Honor Ensembles is as high as you can get," DNHS music teacher Dan Sedgwick said in a written statement. "Current limitations to live music has not stifled his drive to push himself."

Pamplona Da Silva has also been accepted into the California Alliance for Jazz's 15-member All-State Jazz Choir, according to Sedgwick.

"He has already been accepted into the Berklee College of Music in Boston," Sedgwick said. "In music classes at DNHS, he is a leader and pretty much does everything he can to help, teach and foster other students in their musical journey."

The All-National Honor Ensembles includes a concert band, symphony orchestra, mixed choir, jazz and guitar ensembles and a modern band. Students auditioned for their spots, according to the news release. A total of 552 students nationwide participate.