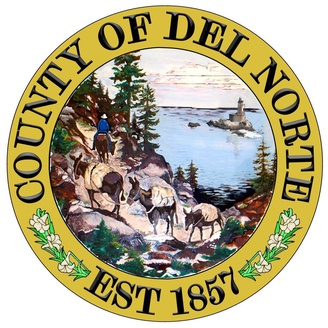 The Fair Political Practices Commission determined that mailers and robocalls Del Norte County sent to potential voters did not advocate on behalf of Measure R, according to the commission’s final determination issued Thursday.

The FPPC also found that the county’s use of a consultant did not violate the Political Reform Act. Complaints against supervisors Gerry Hemmingsen, Chris Howard, Lori Cowan and Bob Berkowitz, County Administrative Officer Jay Sarina and Emergency Services Manager Kymmie Scott were without merit, according to the FPPC’s final determination.

“The FPPC Enforcement Division has further determined that actions taken by the County to inform voters did not violate the PRA that regulates such matters, and any and all allegations of legal inconsistency are in all actuality, false,” the final determination stated.

The FPPC received the complaint from Del Norte County residents Donna Westfall and Linda Sutter, according to the commission’s determination. The sworn complaint was witnessed by former supervisor Roger Gitlin and resident Wesley Nunn.

The FPPC declined to pursue further enforcement action in response to their complaint.

Sutter’s October complaint to the FPPC stems from a contract not to exceed $40,000 with Oakland-based consultant Clifford Moss to disseminate information about Measure R. That also included phone calls to voters via a third-party service.

In an Oct. 7 article, Sarina told the Wild Rivers Outpost that Scott and Del Norte Ambulance owner Ron Sandler volunteered to provide information about the tax measure to voters via those robocalls. The county also sent informational flyers to county residents laying out the initiative and how the generated revenue would be used.

According to correspondence between the FPPC, Sutter and Westfall, the commission’s Enforcement Division received their initial complaint in October and concluded there was insufficient evidence that the county violated the Political Reform Act.

FPPC Executive Director Galena West also denied Sutter’s request to revisit the determination that the county had not violated the Political Reform Act.

“Your request for reconsideration has been reviewed and there is no good cause to direct the Chief of the Enforcement Division to reopen this matter,” West wrote.

The FPPC’s determination proves that the county was transparent and above board in how it crafted and informed residents about Measure R, Howard told the Wild Rivers Outpost on Friday. Howard, who is now the chairman of the Board of Supervisors, also pointed out that responding to FPPC complaints costs staff time.

“Every time a complaint like this is submitted, which now happens very regularly with a small group of individuals, it generates effort by staff, which takes time away from the good work we could be doing,” he said. “Our county and our legal counsel went through every effort to make sure that this Measure R was done above board and in a transparent fashion and that has now been vindicated by the FPPC.”

Del Norte County voters approved Measure R in November with 5,018 yes votes to 4,971 no votes. The measure needed a 50-percent plus-one majority to pass and is expected to generate about $1.2 million for Del Norte County.

The revenue is earmarked for a variety of services including repairing potholes and streets, maintaining emergency dispatch services and mitigating blight and public nuisances, according to the county’s FAQ sheet.

Similar to Crescent City’s Measure S, a 1 percent sales tax increase within city limits for public safety, there will be a public oversight committee to monitor how the county uses Measure R revenue. Howard said he anticipates a discussion about forming the public advisory board at a future meeting soon.