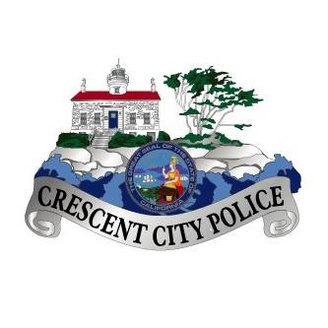 Richard Griffin dropped the bravado he said is expected of law enforcement when he asked City Councilors for a tool that would help, not only his officers, but their families.

The Crescent City police chief named officer retention and wellness as the two major challenges in his career and told Councilors that a program like the Cordico Wellness App is something he wished he had in his first day on the force.

“Nobody taught us how to deal with the pandemic just like society hasn’t,” he said. “Nobody teaches you how to deal with death notices — death scenes. Nobody taught me how to sit through the autopsy of a young infant when I had one of my own. Stuff like that. Working through it, that’s how we’re going to take care of our own."

Searching for ways to combat stress and allow officers to seek help from outside resources confidentially, Griffin said he found Cordico, which provides on-demand supports for a variety of issues including alcohol abuse, anger management, anxiety, depression, stress management and suicide prevention.

Griffin told Councilors he plans to install the app on his officer’s cell phones and have it on hand for their family members.

“One big thing they do is they vet therapists — they understand law enforcement,” he said of the app. A regular therapist, they’re not going to understand what we go through… what we do and see on a regular basis isn’t what a regular person goes through.”

The Crescent City Council unanimously approved using $3,000 per year in Risk Management Assessment Program grant money through the Golden State Risk Management Authority to pay for the Cordico app. Griffin asked the Council to allow him to subscribe to the program for two years before evaluating whether his officers were using it and if it was effective.

Sunny Valero, Crescent City’s human resources manager, said she’s been in previous jobs where law enforcement and public safety officers have reached out for help and she wished she had more support to give them. Families experience as much difficulty as the officers themselves, she said.

“For them to have a resource that understands specifically what they go through, the stresses of life and what that brings upon their family,” she said. “With law enforcement we have that relationship with families as well due to the nature of their jobs.”

Councilors also asked Griffin to connect with Crescent City Fire Chief Bill Gillespie to see if the Cordico app would be valuable to local firefighters.

Gillespie said after 34 years as a firefighter, he knows of three colleagues who have taken their lives. He said he had to retire other firefighters due to struggles with post-traumatic stress disorder issues.

“I’m a big believer in peer support,” he said. “It’s something I support because it’s been one of those tough ones and you never know what each day, what that call’s going to bring for you.”

Griffin said the makers of the Cordico app will notify him if it’s being used, though he won’t be able to tell who is using it and what for.