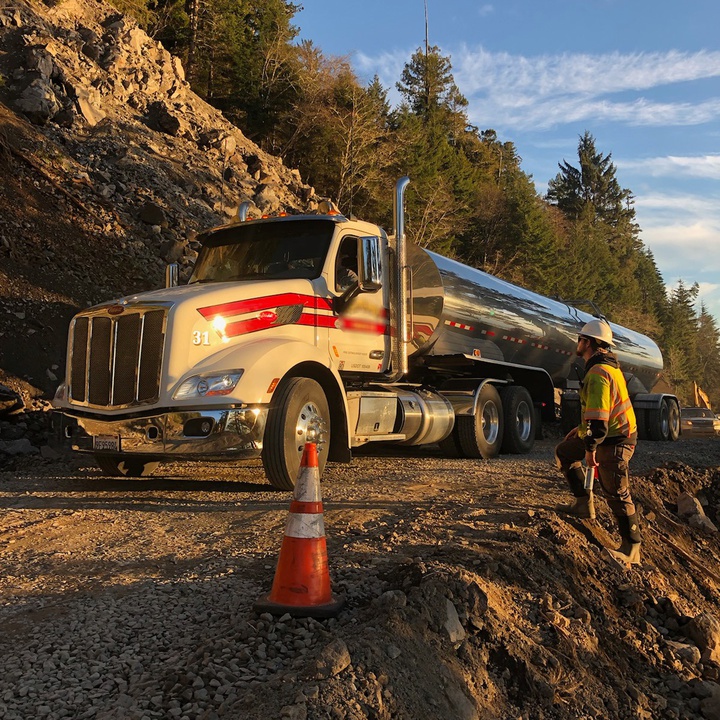 County Administrative Officer and Del Norte Office of Emergency Services Director Jay Sarina declared an emergency Friday following the closure of both U.S. 101 and State Route 169 in the Klamath area.

Noting that the Board of Supervisors has to ratify the declaration within seven days his issuing it, Sarina said he hopes it paves the way for a similar action at the state level. The declaration addresses U.S. 101 and the possible need for more resources if the landslide continues to impact the road, he said.

At their meeting Tuesday, supervisors said they have fielded several calls from constituents concerned about Last Chance Grade. Chairman Chris Howard said he also spoke with State Sen. Mike McGuire and Caltrans District 1 Director Matt Brady about emergency dollars to get debris moved from off the highway.

“It frustrates me to no end that all of a sudden when material lands on 101 it becomes ours and not the property of the ocean down below,” Howard said. “It’s frustrating as heck we could have this highway open a lot quicker, but we need to find mechanisms in order to treat this.”

U.S. 101 at Last Chance Grade reopened at 10 a.m. after being closed overnight to allow Caltrans crews to continue to remove debris from the highway and to bring in specialized equipment to stabilize the area.

The road will be open to one-way traffic until 6 p.m. and motorists should anticipate delays of at least two hours, according to Caltrans spokesman Myles Cochrane.

“Please note your wait time is dependent on when you arrive,” Cochrane said in an email. “This plan is subject to change with slide conditions.”

Meanwhile, the California Highway Patrol’s Lt. Larry Depee is working with Google to de-list Red Mountain Road and the Gasquet-Orleans Road as a viable detour around the slide on U.S. 101. This comes after Depee’s officers redirected several travelers who were trying to get around the slide using these backroads.

“That’s not a route that can be used anyway,” he said. “We’d rather have people traveling 199 to I-5 and either across to 299 or Highway 20 depending on where they’re going.”

On Monday, though the road had reopened at 10 a.m. to one-way traffic, Del Norte Public Health Officer Dr. Warren Rehwaldt flew in an air ambulance to McKinleyville to pick up the county’s allotment of the Pfizer COVID-19 vaccine. The only other way to get those doses into Del Norte would have been an eight hour drive around the slide, he said.

As for the Moderna vaccine, Rehwaldt said his staff has never asked how those come into the county, though he noted that FedEx can deliver to the Del Norte County Airport.

A larger concern currently is testing, however, Rehwaldt said, as the specimens have to get to laboratories in Humboldt County.

“It impacts us from getting testing specimens to the UIHS lab or the Humboldt lab,” he said, referring to Humboldt County’s Public Health and United Indian Health Services laboratories.”