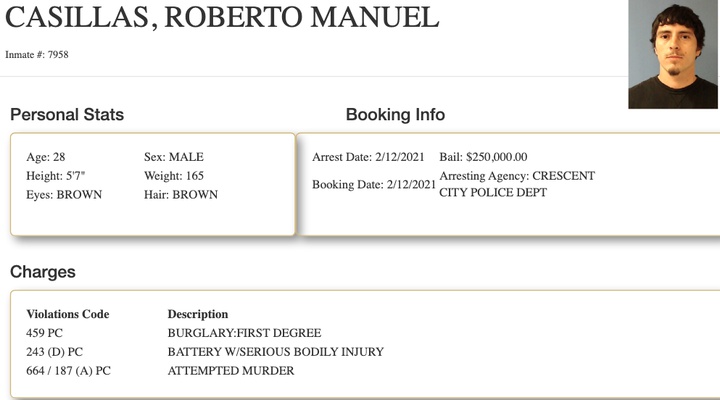 A 28-year-old man was arrested for attemtped murder on Friday after Crescent City Police say they found him choking a resident inside their home.

Crescent City Police initially responded to a home invasion call on the 1100 block of Breen Street at 6:20 p.m. Upon arrival, officers say they found suspect Roberto Casillas assaulting the residents.

"The victims had no prior known contacts with the suspect," the CCPD stated.

Casillas was interviewed by officers and booked into the Del Norte County Jail on charges of attempted murder, first-degree residential burglary, and battery with serious bodily injury.

The investigation is ongoing and will be sent to the Del Norte County District Attorney's Office for review.