« 'We Can't Wait To See Kids In The Hall!'; With Del Norte In The Red, Its High School Will See More Students On Campus 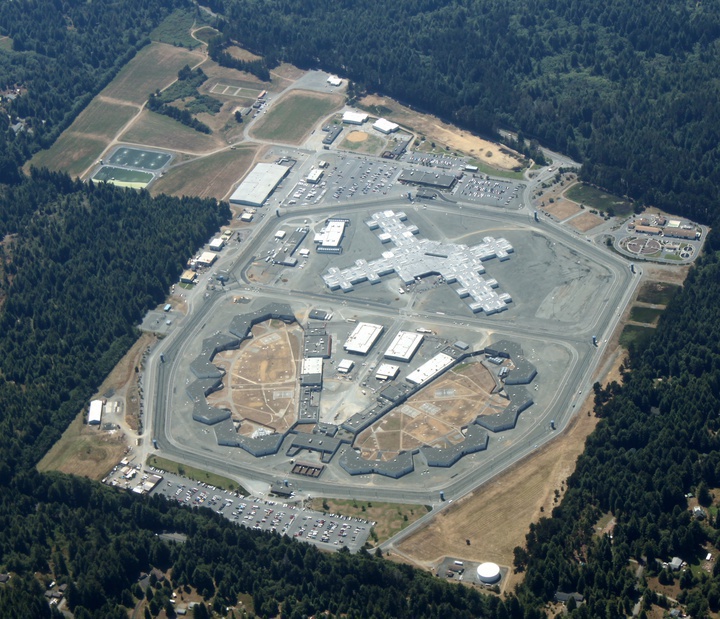 Six months after it filed a grievance demanding better safeguards against COVID-19 for its members, local SEIU 1000 representatives say there’s still a lack of communication between upper management and medical and administrative staff at Pelican Bay State Prison.

There’s also a nursing shortage and a high turnover rate that puts the health and safety of its members constantly at risk, said Laura Slavec, a registered dental assistant at Pelican Bay and a district bargaining representative for the union.

“COVID is another layer to this because we’ve had these issues prior to COVID,” Slavec told the Wild Rivers Outpost. “COVID intensified it even more.”

Locally, union members delivered a staff-signed poster declaring “We Are Essential” to the prison’s warden — a morale booster for all prison employees, including correction officers, Slavec said.

But there continues to be a 25 percent vacancy among Pelican Bay nursing staff — both registered nurses and licensed vocational nurses — according to Slavec. Those that are there are covering three to four vacant positions in an eight hour shift, she said. Many have also been written up for things that are “out of their control,” Slavec said.

“We cannot keep staff at Pelican Bay,” she said. “Recruiting them hasn’t been an issue, but retaining them has been an issue. And the reason, a lot of it, has to do with the way they’re being treated either by their immediate supervisor or when they raise concerns to upper management. (Their concerns) pretty much fall by the wayside.”

There is also only one medical assistant at Pelican Bay, down from about four, according to Slavec.

Since SEIU 1000 filed its grievance, which has been denied by CDCR and California Correctional Health Care Services and is now pending arbitration, union representatives have been taking part in monthly joint labor management committee meetings

At these meetings, Slavec said, union members asked management what they’re doing to recruit new employees. She said management’s response to that question is a lack of housing in Del Norte County makes recruiting a challenge.

The union also issued a vote of no confidence against CEO Bill Woods, who manages Pelican Bay’s medical staff. According to an article published in SEIU 1000’s newsletter by Michael Malloy,

Woods began his career at Pelican Bay as a nurse and has worked there for about 20 years. Multiple lawsuits have been filed against Woods, according to Malloy.

In his article, Malloy also accuses upper medical management at Pelican Bay State Prison of ignoring CDC guidelines related to COVID-19, such as wearing a mask.

According to Slavec, an organizing committee of eight to 10 nurses, herself and other SEIU 1000 representatives have been struggling for a long time to get their concerns addressed.

“I currently have 21 grievances filed, and that’s just from 2020 till today, because we have had a discussion with them and they say no,” she said. “We file a grievance and it gets denied and we have to send it to CalHR.”

Though they didn’t comment on the vote of no confidence against Woods, a CCHCS representative said the department has created a “hybrid recruitment effort” using both digital and print recourses to recruit nurses.

As for the SEIU 1000 grievance, the CCHCS representative said there are “no issues” with personal protective equipment inventory. The agency has processes in place to make sure each institution has the supplies they need.

CCHCS and CDCR provided a joint response to SEIU 1000 denying the grievance. That response was supported by the California Department of Human Resources, according to CCHCS.

According to Slavec, CCHCS is offering more money to new recruits, who are coming from as far away as Louisiana, New York and Chicago. This is a “step in the right direction,” she said.

“Starting in December we were getting (staff) from Folsom and San Quentin to help us for six weeks at a time and then they’ll go back to their institution,” she said. “Those folks (said) you guys don’t have a COVID problem, you guys have a management-staffing problem. You have a nursing shortage problem. And it’s true — it’s 100 percent true.”

Slavec compared working at Pelican Bay State Prison to being in an abusive relationship for the prison’s medical staff.

“We just want management to treat our people with respect and dignity,” she said. “If that happened and we were to work as a team, our institution would be the one to work at. We just need management to get on board.”