« Del Norte Graduates To Red Tier; After Distributing 300 COVID-19 Vaccines On Saturday, County Is 'Tapped Out'

'We Can't Wait To See Kids In The Hall!'; With Del Norte In The Red, Its High School Will See More Students On Campus 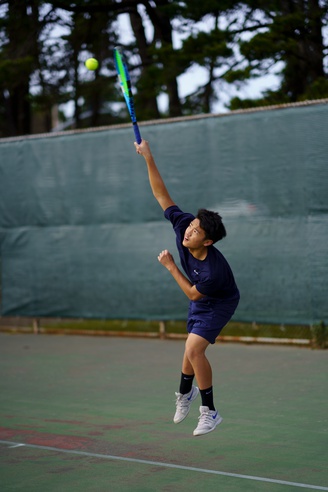 • Del Norte Graduates To Red Tier; After Distributing 300 COVID-19 Vaccines On Saturday, County Is 'Tapped Out'

But, though Del Norte High School’s principal is excited, saying she wants to do a special welcome back for seniors, she and staff are still ironing out the details. They will explain those details to students and parents in a webinar Thursday.

“We’ll have details on when stable students groups will come back (including) the times and practices,” Principal Alison Eckart said, adding that students will receive special training in their classes. “We’re just so thrilled. We can’t wait to see kids in the hall.”

Del Norte County moved from the most restrictive Purple Tier to the less restrictive Red Tier on California’s Blueprint for a Safer Economy on Tuesday. Being in the Red Tier means there is still a substantial risk of COVID-19 transmission, but businesses, including restaurants and places of worship, can operate indoors.

Gyms can also reopen indoors at 10 percent capacity, Rehwaldt said. He directed Del Norters to the state’s Blueprint for a Safer Economy for more details on the rules.

“Now the trick will be to hold on to it,” Rehwaldt wrote. “We still need to be as vigilant as we can so our case numbers stay low. This means continuing to wear masks, (practice) proper hand hygiene and maintaining a social distance when around others. We don’t want to lose ground; our community and economy has been hit hard enough already.”

At Del Norte High School, where plans to introduce a more steady stream of students to campus Jan. 25 were shattered due to new guidelines from the California Department of Public Health, staff and Del Norte Unified School District administrators are still working on protocols, Superintendent Jeff Harris told the Wild Rivers Outpost.

“The two scenarios (are), do we bring back a grade level on Tuesday, or a grade level at a time, and reintroduce them into high school with a new criteria?” Harris said. “Or do we do what we did at every other school and Tuesday is the first stable group of kids who come to school?”

In addition to having more detailed information at Thursday’s webinar, district officials will share that information with the DNUSD Board of Trustees later that afternoon.

According to Harris, the Board of Trustees had adopted a phased-in approach to the 2020-21 school year in July based on the state’s Roadmap to Resilience. As a result, K-8 schools started online at the end of August, transitioned to serving small groups of at-risk students in person in September and began a hybrid blend of in-person and online instruction in October.

But because Del Norte High School is “vastly different” from the district’s elementary and middle schools, it has stayed in Phase 2 since the school year began, only serving small groups of students on campus.

“As we rolled through the first semester, in November, the Board said, ‘You know what, kids have been out long enough on distance learning,’” Harris said. “We had a higher percentage of students with Ds and Fs than we had the year previously. We were having families reporting a lot of things — higher levels of anxiety, depression, social withdrawal. The Board said bring us back a feasible plan for having more students on campus.”

On Dec. 10, Eckart presented a plan to trustees that had students seeing their 1st-, 2nd- and 3rd-period instructors in person twice a week for nine weeks starting in the second semester. During the subsequent nine-week period, students would be in their 4th-, 5th- and 6th-period classes twice a week.

This would reduce in-person student contact with instructors by half though they would be able to see their teachers twice a week, Eckart told trustees.

On Jan. 14, the CDPH came out with its new guidelines defining reopening to mean that all students within a single grade must have been offered multiple classes on campus at least one day a week, shattering hopes of reopening DNHS roughly six days later.

Though Del Norte High School teachers will be meeting with students online and in person on Tuesday, class start times won’t change, according to Harris.

“The high school plan is that the in-person students get taught their lessons while the distant students are able to watch live and participate in that day’s lesson and the next day they flip,” Harris told the Outpost. “It's a continuous instructional model for all of our students. I think the high school is pretty excited about that and what they’ve come up with as far as a plan.”

Harris also spoke to parents’ comments that Del Norte High School had been able to reopen before the county entered the Purple Tier in November, but that administrators chose to keep students learning remotely.

He noted that state guidelines released in July and revised in September allowed schools to open its campuses if a county was not in the Purple Tier on the Blueprint. For counties that were in the Purple Tier, high schools could serve at-risk targeted groups of students on campus, Harris said.

In October, DNHS already had students on campus participating in extracurricular activities including art and music as well as athletics.

The reason more students weren’t able to come back to Del Norte High School had mostly to do with a limited ability to provide transportation to those needing it, according to Harris. There was also a concern about mixing cohorts, he said, noting that since athletics were held in the afternoons, students taking morning classes may have missed out.

DNHS has already begun conditioning and training for its athletes and, with new guidelines from CDPH and the California Interscholastic Federation, students are already beginning to compete, Harris said. This includes the schools’ boys tennis, girls golf and cross country programs, he said.

“Starting March 8, we’re going to have students competing in girls tennis, boys golf and track,” Harris said. “And those are allowed under CDPH and CIF guidelines. We’re going to have to wait on some of the other sports until we move into Orange or Yellow.”

Competition is also limited because, though Del Norte County is in the Red Tier, some schools they play against are in communities that are still in the Purple Tier.