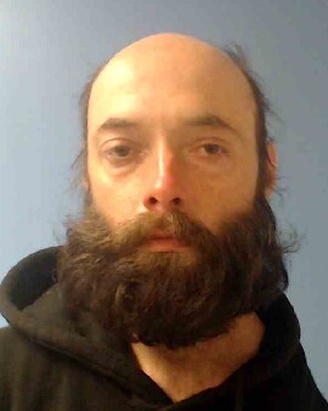 A 36-year-old Crescent City man is in jail on suspicion of burglary after a police officer found a laptop belonging to Crescent Elk Middle School in his possession Monday.

On December 6th, 2021, CCPD School Resource Officer Daniel Sanders responded to Crescent Elk Middle School for a burglary investigation. The burglary took place over the weekend and the suspect was caught on video footage as he stole several School District laptops and iPads. The suspect had also been seen on video using keys to gain access to some of the buildings and classrooms.
During his investigation, SRO Sanders was able to identify the suspect as Matthew Taylor, age 36, who is a Crescent City resident. CCPD Officer Yeng Lo then located Taylor in the 500 block of M Street and detained him. During an interview Officer Sanders was able to locate one of the stolen laptops in the possession of Taylor. SRO Sanders was then able to locate two additional locations in the Crescent City area where Taylor was keeping the stolen property.

All the property that was stolen during the burglary was recovered during SRO Sander’s investigation, including a set of school district keys that were used to gain access to the buildings. We are still investigating how Taylor came into possession of these keys, but it is believed that he took them during a previous burglary.