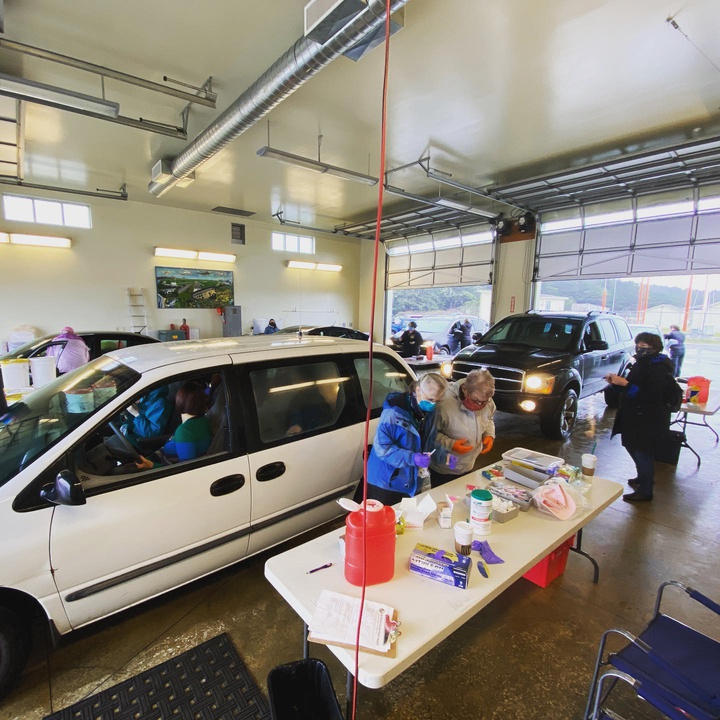 Diminished demand for the COVID-19 vaccine has put Del Norte County behind the state average for people being inoculated against the disease, its public health officer told county supervisors Tuesday.

Rite-Aid’s doses of Pfizer vaccine have been diverted to a different pharmacy elsewhere in California. The Public Health Branch has also turned away vaccine doses, according to Public Health Officer Dr. Warren Rehwaldt.

“We wanted to keep at least a two week inventory because sometimes it’s hard to get things shipped here and we understand that,” he told the Wild Rivers Outpost. “But right now we’ve got an inventory that, at our current rate, would last us probably six weeks.”

Del Norte County has vaccinated 18.7 percent of its total population against COVID-19 as of Tuesday, according to the U.S. Centers for Disease Control and Prevention’s Data Tracker webpage. Of the county’s senior population, only 49.7 percent have been vaccinated.

Statewide medical professionals have administered nearly 28.7 million vaccine doses, averaging 339,931 doses per day, according to the state’s website. There are roughly 17 days of doses in inventory, according to covid19.CA.gov.

State health officials want counties to be within five percentage points of the state average, Rehwaldt said, but at this point it’ll be hard for Del Norte to catch up. The county’s not alone, however, he said.

“Locally, Humboldt has got a higher average, Siskiyou is up there close to the state average and Shasta’s right about where we are,” he said, adding that the Public Health Branch had tried to reallocate the vaccine doses it couldn’t use to neighboring counties. “They all said the same thing, ‘Don’t send it to us, we’ve got more than we can use.’ In our part of the state demand has dropped.”

There were 49 new COVID-19 cases in the last 14 days, according to the Public Health Branch.

Though a “mini surge” in coronavirus cases Del Norte shared with much of Southern Oregon has tapered off, the fact that it occurred despite people being vaccinated means those inoculations haven’t yet had an effect on virus transmission, Rehwaldt told the Outpost.

Reaching herd immunity depends on residents either being inoculated or recovering from COVID-19, he said.

Rehwaldt also noted that recent CDC guidance stating that unless they’re in a very confined space around a lot of people, those who received the COVID-19 vaccine don’t have to mask up outdoors. He said he was hoping the ability to return to near pre-pandemic behaviors would be an incentive for people to receive the inoculation.

“We’re finding that a lot of people are already putting some of the rules by the wayside — anyway they’re not paying close attention,” Rehwaldt said. “The consequence we’ve seen is a lot of cases in our community recently when other communities to the south and in other places in California are not having that experience.”

On Tuesday, after District 2 Supervisor Valerie Starkey asked what the Board of Supervisors could do to try to boost the number of people getting the vaccine, Rehwaldt urged her and her colleagues to take to social media.

“Doing a You Tube spot or something on Facebook about what you think about it or you getting vaccinated and it was fine and you’re happy to spend time with family back to the old way pre-pandemic, that’s the biggest incentive we can think of right now,” Rehwaldt said. “The extra freedom it affords people.”

Earlier in the meeting Starkey said she was able to visit with family thanks to receiving the vaccine.