Crews Working to Clear Hazards on U.S. 199 From Slater Fire; Fire Is 10 Percent Contained, According to InciWeb » 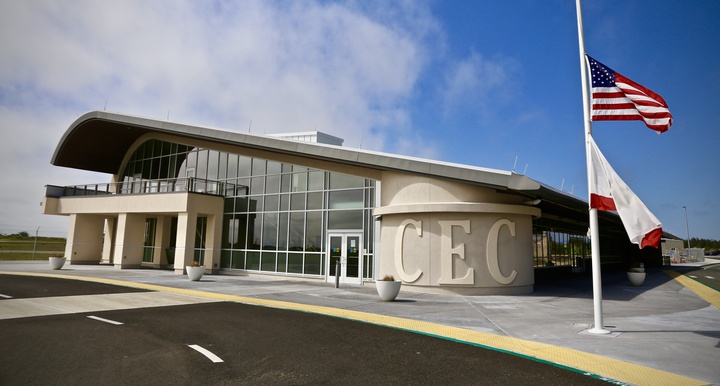 Denizens of the Wild Rivers region can continue to fly between Crescent City and Oakland via Contour Airlines for the next four years.

The U.S. Department of Transportation approved the Border Coast Regional Airport Authority’s request for financial assistance under the Alternate Essential Air Service program on Sept. 4. The maximum grant amount will be roughly $14.7 million over four years, according to USDOT’s order.

“In a typical week, Contour Airlines will provide one round trip per day between Crescent City and OAK,” the order states.

In approving the Border Coast Regional Airport Authority’s continued participation in the AEAS program, the U.S. Department of Transportation rejected a two-option proposal from Boutique Air to offer 24 weekly flights service from Del Norte to Portland under the Essential Air Service program.

The Essential Air Service program is a USDOT subsidy that provides eligible communities airline service to a large or medium-hub airport. The program subsidizes 60 communities in Alaska and 115 communities in the Lower 48 states that wouldn’t receive scheduled airservice otherwise, according to USDOT.

Under its first option, Boutique requested $13.3 million in federal subsidies to offer flights out of Crescent City on a Pilatus PC-12 or a total of $14.8 million using a King Air 350, both are turboprop aircrafts, though the PC-12 is a single-engine craft.

A second option would include 30 weekly non-stop roundtrips between Crescent City and Portland. Boutique requested nearly $16.4 million in subsidies using its PC-12 or about $18.6 million using its King Air 350 turboprops, according to the proposal.

Boutique’s proposal had mentioned potential interline agreements with United and American airlines and had committed to spending at least $20,000 annually for advertising and marketing.

In a May 7 letter to the Department of Transportation, the Border Coast Regional Airport Authority argued that as a single-engine aircraft, Boutique’s Pilatus PC-12 is ineligible for the EAS program since it requires a twin-engine aircraft for the program.

The Airport Authority argued that using Boutique’s King Air 350 aircraft, with only eight seats, would decrease seating capacity in planes flying out of Crescent City by 11 percent. Also, flights to Portland doesn’t have as much demand as flights to the Bay Area, the airport authority argued.

The Border Coast Regional Airport Authority submitted letters of support for Contour from the Del Norte County Board of Supervisors, the Crescent City Council, the Curry County Board of Commissioners, the City of Brookings, the Tolowa Dee-ni’ Nation and the Elk Valley Rancheria.

The USDOT agreed that while Boutique’s King Air 350 does comply with EAS requirements, since it operates at “well below the completion rate promised,” Boutique often switches it with the single-engine Pilatus PC-12 to complete flights that would be canceled otherwise.

At the Del Norte County Board of Supervisors meeting Sept 8, District 2 Supervisor Lori Cowan, who sits on the BCRAA board, noted that because the current grant’s expiration date was nearing things had been getting “dicey.”

“They had stopped taking reservations because the contracts (hadn’t) been signed,” Cowan said, referring to Contour Airlines. “Everything is moving forward and that’s good news for our community.”